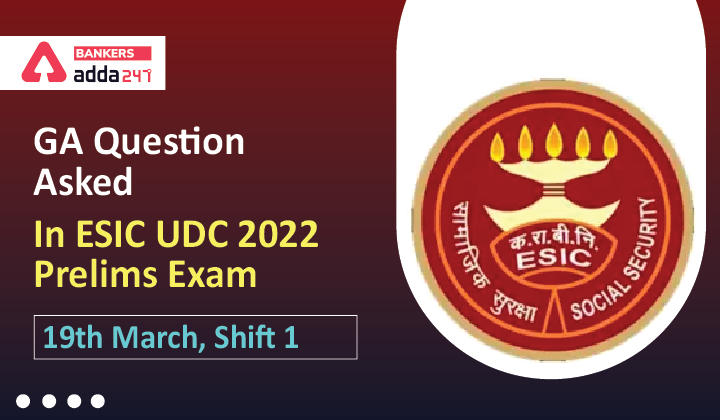 GA Question Asked in ESIC UDC 2022: ESIC UDC 2022 1st shift conducted today on 19th March 2022 across various centers in India. The overall difficulty level of the Exam can be said to be easy to Moderate. Here we have come up with Memory Based General Awareness questions asked in the ESIC UDC 2022 prelims 1st shift. If you have any more questions from 1st shift today, then kindly share it in the comment section.