Fighting
between Israel and Hamas has entered its third week and left much of Gaza City
damaged from heavy shelling by the Israel Defense Forces.

The
conflict broke out on July 8, when Israel launched “Operation Protective
Edge” in response to Hamas launching rockets toward Israel.
Since the
conflict began, 1,340 Gazans have died and 7,200 have been injured while 59
Israelis have died.
What’s the Latest?
Israel
has been criticized by the United Nations and other world leaders for bombing a
U.N.-sponsored school sheltering civilians in Gaza. The United States has
condemned the shelling of the school, but also the fact that there were weapons
being kept there.
This
week, the IDF called up 16,000 additional reservists to join some 65,000 that
were already fighting, a sign that the mission could be expanded further. Prime
Minister Benjamin Netanyahu said that Israel will not stop the operation in
Gaza until all of the tunnels constructed by Hamas leading from Gaza to Israel
have been destroyed.
The U.N.
has said a quarter of Gaza’s population is displaced, with 225,178 Palestinians
in 86 U.N. shelters.
What Is Gaza and Who Controls It? 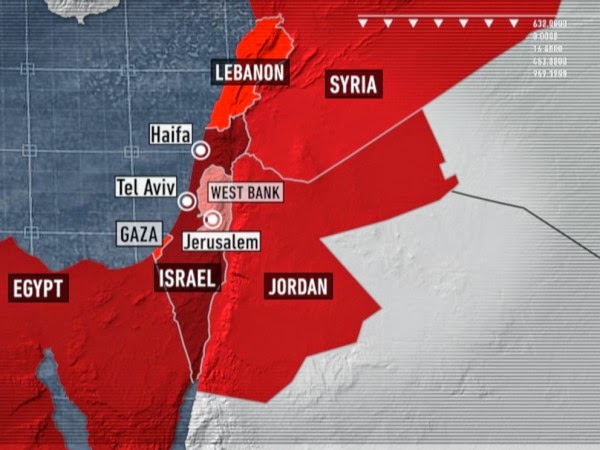 The Gaza
Strip is a Detroit-sized area on the border with Egypt up against the
Mediterranean Sea that is one of the most densely packed places on Earth.
Technically part of the Palestinian Authority, it has been governed since 2007
by the militant group Hamas. With 1.8 million people living in just 139 square
miles, Gaza is one of the most densely populated places on earth.
Hamas,
which rejects the existence of Israel, recently agreed to form a unity
government with the other main Palestinian political faction, Fatah. The new
Palestinian Unity Government recognizes the state of Israel. But the outbreak
of current hostilities pitting Hamas against Israel has left the
Fatah-controlled Palestinian Authority on the sidelines.
What is
Hamas?

Hamas is part of an
international Islamist movement and who doesn’t recognize Israel. Hamas is,
according to its charter, the Palestinian branch of the Muslim Brotherhood — an
Islamist group that operates around the Muslim world, and one that nominally
ran the Egyptian government for about a year recently. Hamas isn’t controlled
by the Egypt-based brotherhood leadership, but they have close ties. Unlike
many Brotherhood branches, though, Hamas also has a militant wing: the Izz
ad-Din al-Qassam Brigades.
Palestinian Authority
held popular elections across the West Bank and Gaza for the Palestinian
legislature in 2006. Hamas won a slight majority. However, Hamas refused to
recognize Israel or respect past Palestinian agreements with Israel while in
government. Hamas fought a pretty bloody civil war with the more moderate Fatah
party over this and de facto seceded from the PA to govern Gaza independently
from the West Bank-based leadership. Today, Hamas and Fatah are closer to
reconciling than they’ve ever been. They signed a agreement to both support an
interim government in April
Since Hamas’ 1987
founding, Hamas and Israel’s long history of antagonism — Hamas conducted a
significant number of suicide bombings inside Israel during the early 2000s —
is a major contributor to the current crisis. Hamas and Israel refuse to
negotiate openly and directly, and neither trusts the other even a little bit.
As such, even small provocations have the potential to escalate rapidly.

What
Sparked This Violence?
Tensions
were ignited in June when three Israeli teenagers, one with American
citizenship and all seminary students, were kidnapped while hitchhiking in the
West Bank and killed. They were kidnapped on June 12 and their bodies were
discovered June 30. Israel accused Hamas of kidnapping the three teens, which
the militant group denied. Within days, Israel arrested more than 300
Palestinians, many of them members of Hamas. At least 10 Palestinians were
killed and more than 1,000 private homes were raided.
Thousands
of people gathered in Tel Aviv’s Rabin Square on June 29, 2014 for a rally
calling for the release of the three Israeli boys who were kidnapped on June 19
near the West Bank settlement of Gush Etzion. On the night the boys’ bodies
were found, a barrage of rockets were launched from Gaza at Israel and Israeli
warplanes carried out numerous air strikes in Gaza.
On July
2, a Palestinian teenager was kidnapped and burned to death in apparent
retaliation. The death triggered riots in East Jerusalem, a largely Palestinian
area. Three Israelis have been arrested and charged with his death.

The
attacks quickly escalated. Hamas and Palestinian Islamic Jihad have fired
rockets with a reach that Israel had not previously seen, with air raid sirens
going off as far away as Jerusalem, Tel Aviv and Haifa. Many of the missiles
have landed in desert areas or been intercepted by Israel’s Iron Dome missile
defense system.
Since 2007, Israel has
maintained a blockade of Gaza. It severely restricts all border crossings in
territory. The blockade restricts access to food, water, electricity, gas,
construction materials, and other necessities. It’s not that Israel doesn’t let
any of those things into Gaza; it’s that it bans many products and regulates
the flow of others pretty tightly.
The stated goal of the
blockade, which Israel has loosened recently, is to prevent Hamas from getting
what it needs to build rockets and mortars that could hit Israel, and rocket
fire has diminished. However, it’s clear that another key purpose of the
blockade is to weaken Hamas politically.
What is
the significance of tunnels in Gaza?
Tunnels into Gaza are
really important — and hugely controversial
Because Hamas can’t get
much through the Israeli blockade, they’ve developed an alternative means of
resupplying Gaza: tunnels into Egypt. Gazans dig under the Egyptian border and
pop out past border guards on the other sides. Smugglers supply them with goods
that Israel can’t or won’t let through.
These tunnels serve both
Hamas and Gaza civilians. Hamas and its fellow militants use them to bring in
weapons, components for homemade rockets, and whatever else they need to fight
and, in Hamas’ case, govern. Civilians bring in medicine, food, and whatever
else they want that doesn’t get through the Israeli blockade.
Since the Egyptian
military seized rule over Egypt from the Muslim Brotherhood in 2013, they’ve
weakened the tunnel system. Egyptian authorities shut down many of the major
tunnels. Israel believes that, as a result, Hamas is uniquely vulnerable to an
offensive right now, as it’s having trouble resupplying.
What it the significance
of Rafah Crossing?
There’s only one major
supply route to Gaza that isn’t a tunnel or Israeli-controlled: the Rafah
crossing into Egypt. Currently, Egypt heavily restricts the flow of people and
goods in and out of the crossing. The Rafah crossing has become so important
for Hamas that some experts believe Hamas is pushing in this current war to
pressure Egypt to open up Rafah.
The theory is that Hamas
is trying to leverage public Egyptian anger at Israel into concessions from the
Egypt government. The primary concession would be to open up Rafah so as to aid
the Palestinian cause.
Who Are
the Key Players?
Hamas
controls the Gaza Strip and is considered a terrorist group by Israel and the
U.S. But while there is no Israeli military presence inside Gaza anymore, the
effective control of Gaza’s sea, air and borders is under Israeli control.
The
Israeli Defense Forces are the military arm of Israel and are well armed and
exceptionally large given Israel’s population. Most Israeli residents must go
through compulsory military service and are automatically enrolled in the IDF’s
reserve forces.
What Is
Notable About This Outbreak of Violence?
The
current fight comes after almost two years of relative calm between Israel and
the Palestinians and just months after the latest round of peace talks
collapsed.
The
technology being used by both sides is more advanced than in earlier periods of
violence. Hamas has publicly claimed responsibility for using a drone, and went
on to say that it actually has two types of drones: one to gather intelligence
and another to fire munitions. Hamas has been able to reach cities that are
much further north in Israel than they ever have before, instilling a new fear
for Israeli residents. Israel claims some 5 million people now live within
striking distance of Hamas’ newest rockets. 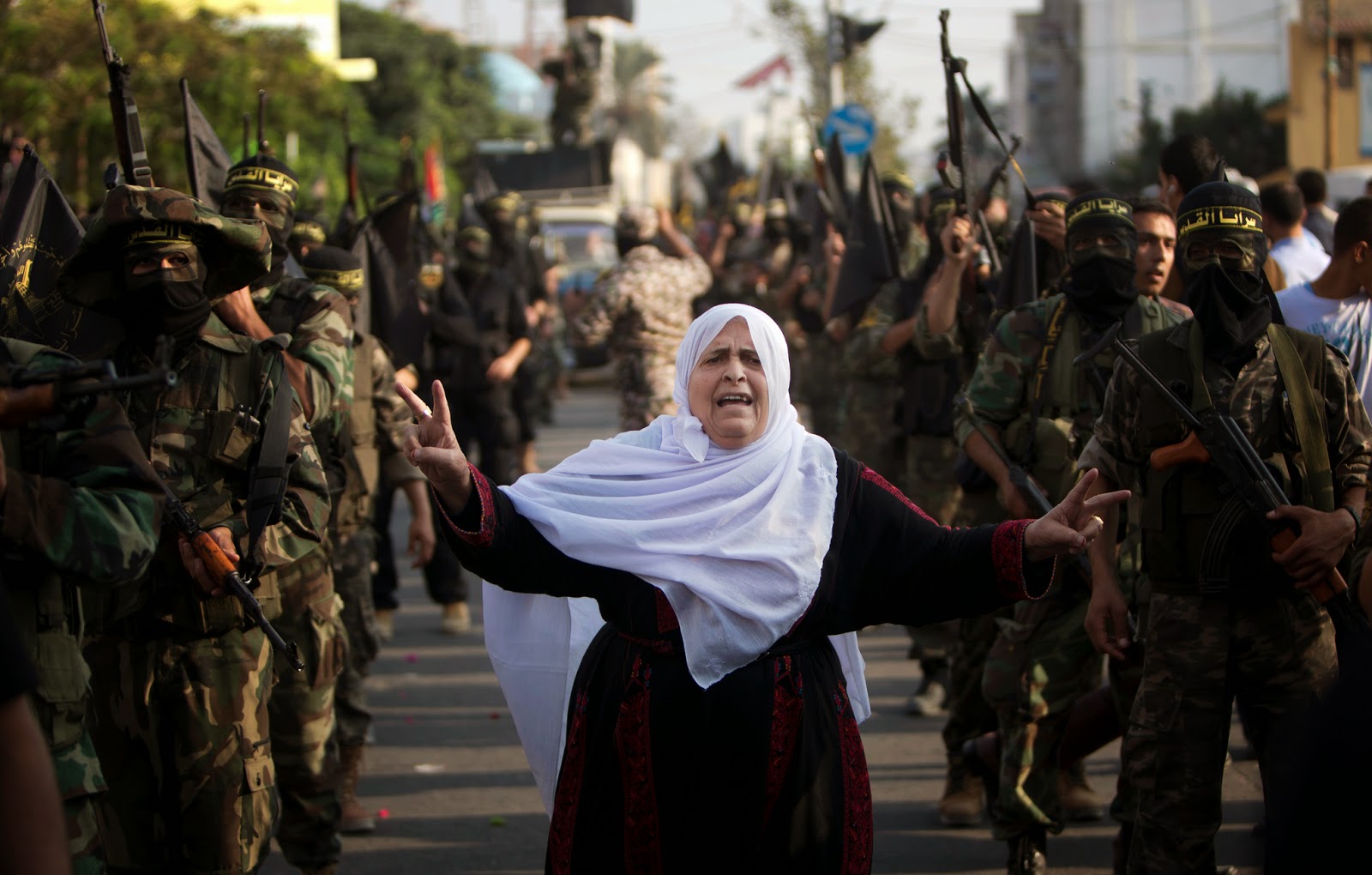