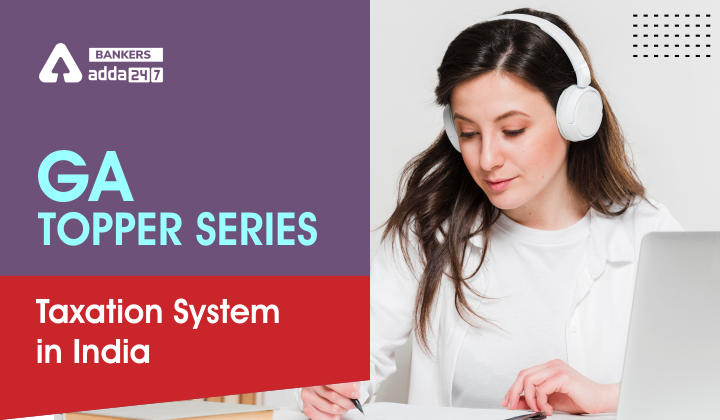 Hello. There are times when you read some economics news and it doesn’t make any sense. To explain certain fancy terms of economic news, we have brought up this article. Consider it as learning the ABC of the economic news

Have you ever wondered how government get money to spend on the welfare of the people? It gets from the public only. So government charge different types of taxes.

So let’s understand with an example. One day you will get a Bank PO job and you will have to pay income tax. This tax will be deducted by your employer. This type of tax you can’t pass to anyone. Thus income tax is called a direct tax. There are many other direct taxes like real property tax, personal property tax, income tax or asset taxes, Gift Tax, Capital Gains Tax, corporate tax.

Now you must be wondering that, right now you are unemployed so you don’t pay any tax but you do in form of indirect tax.  You must have heard of Goods and services tax which is levied almost everything you buy, for e.g : biscuit, chips, restaurant meals, petrol.  Indirect Taxes are those taxes whose burden can be shifted to other person like companies shift the GST burden to the public.

So remember this whenever you think that anything is provided by the government for free, it’s a misnomer because in an indirect way you are contributing for its money.

Cess and surcharge are the taxes levied by the Union Government in order to raise funds for government operations. Though both Cess and Surcharge add money to the government’s revenue, these are different in many aspects.

A cess is a tax on tax in basic terms and cess must only be applied to the specific purpose. Education cess, road cess, infrastructure cess, clean energy cess, Krishi Kalyan cess, and Swachh Bharat cess are the key cesses currently in place. For example, the Indian government collects an education cess and uses it solely for that reason, namely, education. Furthermore, this tax is imposed on all taxpayers. Cess taxes are paid to the Consolidated Fund of India. Cess is generally expected to be charged until the government has sufficient purpose and becomes dormant after the purpose is fulfilled. A cess is different from other taxes such as excise duty and income tax as it is levied in addition to the current tax (tax on tax).

Surcharge is meant for specific group of individuals like people who are earning in the range of Rs 1cr to Rs 10 cr, there is a surcharge of 5% and 10% surcharge for above income. Surcharge doesnot have specific purpose as cess. This money is paid to India’s Consolidated Fund, which can be utilised for any purpose. A 10 per cent surcharge on a 30 per cent income tax rate, for example, brings the tax burden to 33 per cent.

1. What is fullform of CGST, SGST, IGST?

2. What is the meaning of service charge?

3. Has indirect tax on petrol and diesel comes under the ambit of GST?

You have any question in mind regarding this topic or any current affair topic. You can write in the comment section.