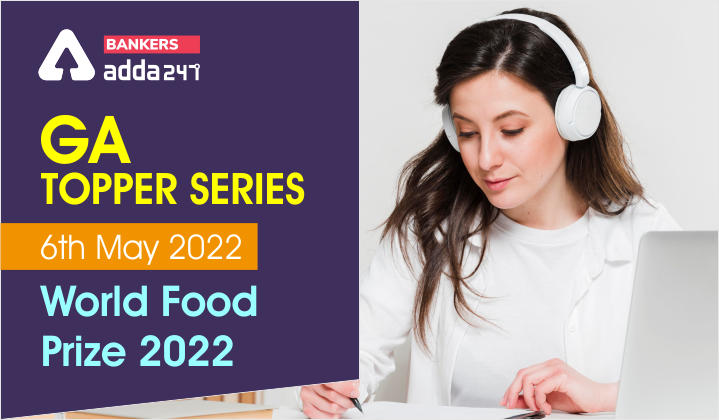 GA Topper Series: World Food Prize 2022: Hello Students, all those students who have cleared their prelims exams in the banking sector must be prepared with every topic in the General Awareness Section for the mains examinations. Bankersadda team has brought you up a new series which will bring something new daily for the mains aspirants which is named as GA Topper Series and on today i.e. 6th May 2022, we have ‘World Food Prize 2022‘.

World Food Prize 2022: World Food Prize Foundation announced the name of World Food Prize laureate 2022, Dr. Cynthia Rosenzweig of the United States for her seminal contributions to understanding and predicting the impacts of the interaction between climate and food systems.