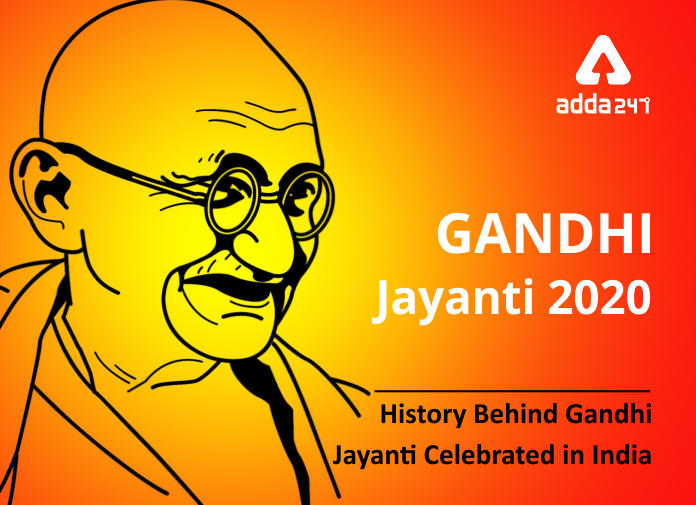 Mohandas Karamchand Gandhi was born on October 2nd 1869 in Gujarat, then known as Porbandar, British India.

Gandhi lived his life with acceptance and practice of truth, non-violence, vegetarianism, simplicity and faith in God and was a major political and spiritual leader within India. He was a pioneer of Satyagraha, which believed in resistance to tyranny through mass civil disobedience, firmly founded upon total non-violence. His honorific title of Mahatma, which means “high-souled” in Sanskrit, was first used in 1914 in South Africa.

The movement led India to independence and his efforts have since inspired movements for civil rights and freedom across the world. He was a source of inspiration to many political leaders all over the world, including Nelson Mandela and Martin Luther King Jr.

How is Gandhi Jayanthi Celebrated?

On this days special functions are organized in schools, other educational institutions and communities organize functions. In spite of

caste, religion and lifestyle, people gather together to celebrate Gandhi Jayanti. Several commemorative activities and cultural events are held at several places where special prayer and get-together are organized.

Mahatma Gandhi was born on 2nd October 1869, in Porbandar, Gujarat. He studied law in the United Kingdom (UK) and practiced law in South Africa. He was a political & spiritual leader in India. He played a major role in the Indian independence movement. Throughout his life, He set an example of simple living and high thinking. He worked for the betterment of poor people in India. He was a pioneer of non-violence and truth. Mahatma Gandhi started the Satyagraha (non-violence) movement for the Indian freedom struggle.

Mahatma Gandhi played a very significant role in achieving independence for India from British rule. He showed the world that freedom can be achieved through the path of total non-violence. His principles of Satyagraha and non-violence have been guiding the entire world until now. India finally gained its freedom on 15th August 1947, through Gandhi’s efforts. He was murdered on 30 January 1948 by Nathuram Godse. The nation mourned for him sadly.

Major Ideologies of Gandhi are:

Some of the books written by Mahatma Gandhi are: