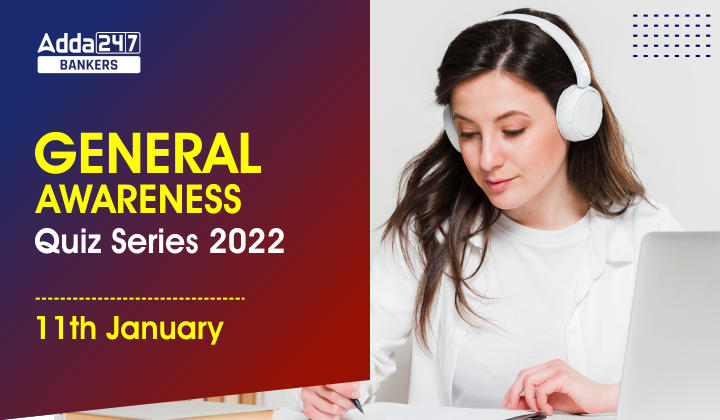 General Awareness Quiz Series 2023: 11th January: Hello Students, General Awareness is an essential part of all government exams. It’s better to prepare this section daily and revise the same using the factsheet provided. Bankersadda team has brought you up a new series in which we will come up with 10 questions and answers, other options of the question have related news to them. So don’t miss reading the solutions

(a) Ace Against Odds

(b) No Spin, without the spin

Q2. Under which protocol which Ozone layer is protected?

Q4. Who has won the Girl’s U-15 squash title at British Junior Open Tournament?

Which of the following statements is correct ?

Q6.Which state is known as the birthplace of the game POLO?

Q9. Who has written the book “Roller Coaster: An Affair with Banking”?

Sania Mirza published an autobiography titled Ace Against Odds chronicling her journey to the top.

Indian Tennis Player Sania Mirza (36-year-old), the former doubles World No. 1 , has confirmed her retirement from professional Tennis. She announced that the Dubai Tennis Championships, a Women’s Tennis Association (WTA) 1000 event in Dubai in February 2023 will be her last match. Prior to her last appearance, she is going to play in women’s doubles at the Australian Open in 16 to 29 January 2023 alongside Kazakhstan’s Anna Danilina.

The Earth’s protective ozone layer is on track to recover within four decades, closing an ozone hole that was first noticed in the 1980s, a United Nations-backed panel of experts report

Montreal Protocol on Substances that Deplete the Ozone Layer is the landmark multilateral environmental agreement that regulates the production and consumption of nearly 100 man-made chemicals referred to as ozone depleting substances (ODS). When released to the atmosphere, those chemicals damage the stratospheric ozone layer, Earth’s protective shield that protects humans and the environment from harmful levels of ultraviolet radiation from the sun. Adopted on 16 September 1987, the Protocol is to date one of the rare treaties to achieve universal ratification.

Professor Rehman Rahi, renowned poet and Kashmir’s first Jnanpith awardee took his last breath in the early hours on Monday at his residence

Anahat Singh won the Girl’s U-15 squash title at British Junior Open Tournament. Anahat Singh was also one of the youngest players at the Commonwealth Games 2022

Indian Cricketer, Virat Kohli has recorded the first century by an Indian in 2023 against Sri Lanka in the first One-Day International at the Baraspara Cricket Stadium in Guwahati

Sagar Defence has developed the country’s first Autonomous Weaponised unmanned boat with the capability for swarming. The contract was signed under an Indian Navy project of the Defence India Start-up Challenge (DISC 7) SPRINT initiative.

Journalist Tamal Bandyopadhyay has released his latest book “Roller Coaster: An Affair with Banking” with permission from Jaico Publishing House.