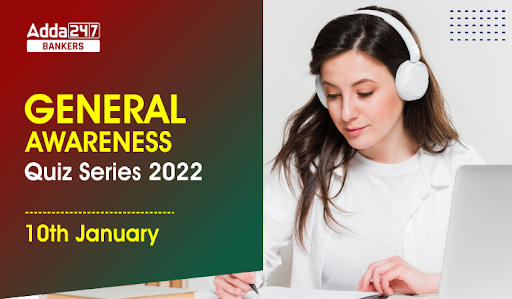 General Awareness Quiz Series 2023: 10th January: Hello Students, General Awareness is an essential part of all government exams. It’s better to prepare this section daily and revise the same using the factsheet provided. Bankersadda team has brought you up a new series in which we will come up with 10 questions and answers, other options of the question have related news to them. So don’t miss reading the solutions

Which of the following statement is correct?

Q5. What is the extended deadline of SEBI to listed companies from dispatching physical copies of financial statements?

Q7. Which appointment and appointee are incorrectly matched?

(b) Chairman of selection committee of BCCI: Chetan Sharma

Q8. Which of the religious places is not situated in Josimath which is recently in news for land Subsidence?

Q9. Match the event with the place:

Q10. Which state approved a scheme to ensure those employed under the MGNREGA to get benefits like pension and medical assistance?

The Reserve Bank of India (RBI) Governor Shaktikanta Das has launched Utkarsh 2.0, the second phase of its medium-term strategic framework for the period 2023-2025.

“Utkarsh 2.0 builds on the strengths of Utkarsh 2022, retaining the 6 vision statements along with the core purpose, values , and mission statement.

The Securities and Exchange Board of India (SEBI) extended the relaxation to listed companies from dispatching physical copies of financial statements till September 30, 2023.

The Listing Obligations and Disclosure Requirements (LODR) rules require listed companies to dispatch a hard copy of the statement containing salient features of all the documents – financial statements,

board’s report, and auditor’s report to those shareholders who have not registered their email addresses.

The 5th KIYG 2022 will be held from January 30 to February 11 in Bhopal . There are 27 sporting disciplines on the schedule, with over 6,000 athletes competing. ‘Hindustan Ka Dil Dhadka Do’ – this is the heartpounding anthem of the Khelo India Youth Games 2022. And cheetah Asha, who was named by PM Narendra Modi, the Games mascot….

Chetan Sharma was reappointed as the chairman of the senior selection committee, exactly two months after his entire panel was disbanded by the BCCI.

Indian-origin Sikh woman, Manpreet Monica Singh became the first ever female Sikh judge in the US after she was sworn in as a Harris county judge.

Badrinath, Hemkund Sahib and Shankaracharya temple : Joshimath, also known as Jyotirmath, is a city and a municipal board in Chamoli District in the Indian state of Uttarakhand.

The International Kite Festival 2023 has began on 8 January in Ahmedabad, Gujarat. The festival, which is being organised after a gap of two years, was inaugurated by Chief Minister Bhupendra Patel

The Kerala Cabinet approved a scheme to ensure those employed under the Mahatma Gandhi Rural Employment Guarantee Scheme in the poll bound state get benefits like pension and medical assistance.