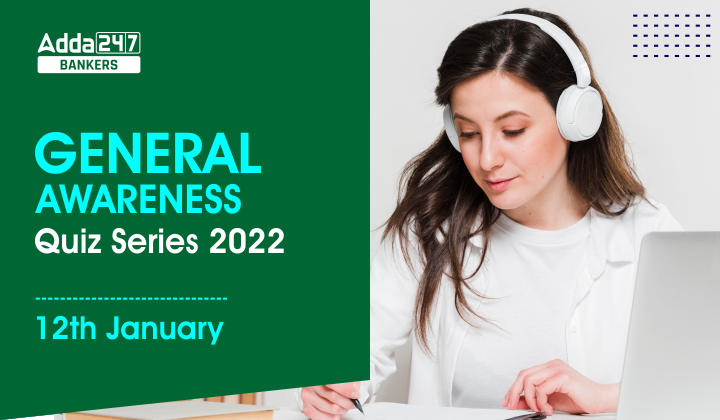 General Awareness Quiz Series 2023: 12th January: Hello Students, General Awareness is an essential part of all government exams. It’s better to prepare this section daily and revise the same using the factsheet provided. Bankersadda team has brought you up a new series in which we will come up with 10 questions and answers, other options of the question have related news to them. So don’t miss reading the solutions

Q2. Who was honored with a lifetime achievement award at the opening ceremony of the 15th Edition of the Jaipur International Film Festival?

Q3. Which of the following Indian movies is not shortlisted in Oscar list?

Q4. Astro Tourism- A Sky Gazing event was launched by Arjun Ram Meghwal in which city?

Q5. 80th Golden globe has given award to Indian Movie : RRR under which category?

Q6.Who was the first female PM of Gabon who has been appointed as Vice President?

Q7. Prithvi -II was successfully tested by DRDO. It is

Q8. Who has been appointed director Meta India?

Q9. Start Me up is a space mission of which country?

Q10. Adar Poonawalla awarded with Patangrao Kadam award. He is CEO of which company?

(b)  Serum Institute of India

Best Performance by an Actor in a TV Series, Drama:         Kevin Costner, “Yellowstone”

Namibian sprinter Christine Mboma has been voted the BBC African Sports Personality of the Year for 2021, so becoming the first female winner in the award’s long history.

India successfully carried out a test launch of the tactical ballistic missile Prithvi-II from the Integrated Test Range, Chandipur, Odisha coast. The Prithvi-II missile struck its target with high accuracy. The user training launch successfully validated all operational and technical parameters of the missile

Meta announced the appointment of former Tata CLiQ CEO Vikas Purohit as the director of global business group in India.

“Start Me Up,” : new era of British space travel failed

Serum Institute of India and its CEO Adar Poonawalla on Sunday for their work in the fight against COVID-19 were awarded.