The Intelligence Bureau released the exam dates for the Tier 1 of IB ACIO Exam 2021. The exam is scheduled to be held on 18th, 19th, and 20th February 2021. To qualify through tier 1, Candidates have to meet a certain benchmark that will be set by the Intelligence Bureau itself i.e the IB ACIO Cut off. In this article, we will be looking at the IB ACIO Cut-Off 2021 and the cut-off trend that IB has been following over the past few years. Knowing the trend will give the aspirants an idea of this year’s IB ACIO cut-off.

Let us look at this year’s expected cut-off after analyzing the past three years’ cut-offs of the IB ACIO Exam.

We will be considering the Previous Year’s (2017&2015) cut-offs of the Tier-I of IB ACIO Exam. After analyzing these cut-offs we will further be discussing the cut-off trend that is being followed for IB ACIO Exam along with this year’s expected cut-off. The candidates first need to know about the factors on which the cut-offs of IB ACIO is released. Let us  now look at those factors that determine IB ACIO Cut-Offs:

The candidates need to know about the factors on which the cut-offs of IB ACIO is released. The Intelligence Bureau releases cut-offs IB ACIO on the following basis: 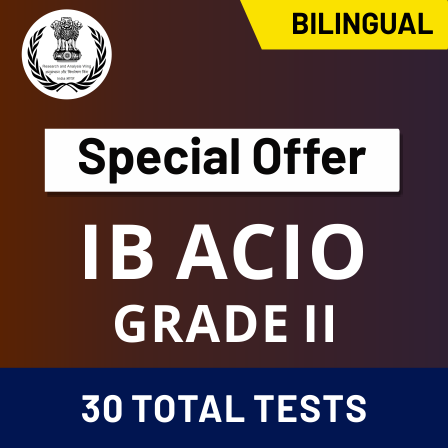 From the previous years’ cut-off, we have analyzed that there was a downfall in the cut-off/qualifying marks in the year 2017 from 2015. The qualifying marks for the general category in IB ACIO Exam 2015 was 75 while in the year 2017 it was 65. Less Number of applicants or more challenging difficulty level of the exam could be the two possible reasons behind the downfall of the cut-off that was seen.

It is predicted that the downfall was basically due to more challenging exams than the 2015’s IB ACIO  Exam. There are high possibilities that the IB ACIO exam would be equally or more challenging than the previous year’s exam. That is why the curve (cut-off) is likely to be similar to that of the 2017 IB ACIO Cut-Off.

After analyzing the cut-off trend that is being followed over the past few years, there are high possibilities that-This year’s expected cut-off is likely to be equal to or more than the previous year’s cut-off. Candidates must keep the above-expected cut-off in mind while attempting the IB ACIO Exam and aim at reaching this cut-off with qualifying marks.

Preparing for IB-ACIO Grade II Exam (BA): Register with us for Counseling