IBPS Clerk Exam Analysis Shift 3: The Institute of Banking Personnel Selection has conducted the Shit-3 of IBPS Clerk Prelims Exam today on 12th December 2020. Earlier today, two shifts have already been conducted. In this article, we will be providing the aspirants who appeared for this exam or are appearing in the upcoming exams with the exact exam analysis of the 3 Shift of IBPS Clerk Prelims Exam conducted on 12th December 2020. According to the review of the candidates, no major difficulties were faced in any of the sections of the exam. The overall exam was Easy-Moderate in difficulty level.

Candidates who appeared for this exam or are appearing in the upcoming shifts of the IBPS Clerk Prelims exam can check the detailed exam analysis of the shift-3 exams that was conducted today on 12 December 2020 and get an overview. Aspirants can also watch the IBPS Clarke films exam analysis 2020 live on our official YouTube channel: 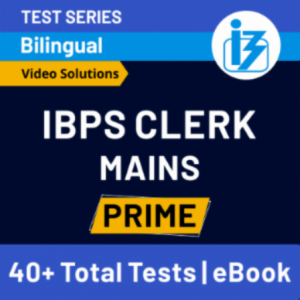 Ans: The overall Shit-3 Exam was of Easy-Moderate Difficulty level.

Q. What are the expected good attempts in the 3rd shift as per IBPS Clerk Prelims Exam Analysis?

Q. Which section was the toughest amongst the three?

Ans. The Quantitative Aptitude section was calculative and of moderate level as compared to other sections.

Q. Were there any changes from the earlier shifts?

Ans. The pattern of the questions was the same as the earlier shifts, No major changes were seen.