The Institute of Banking Personnel Selection (IBPS) has conducted the online preliminary examination for the recruitment of clerks recently. All those aspirants who have appeared in this exam must be eagerly waiting to know the IBPS Clerk Expected Cut Off.

The following table shows the average good attempts- as recorded in our survey where we asked aspirants to share their state, overall attempts, section-wise attempts etc. Here we are considering a sample size of 245 students who have recorded their data with us (the following data contains a mixture of all categories):

(Marked as * record contains a sample of 1 or 2 students) 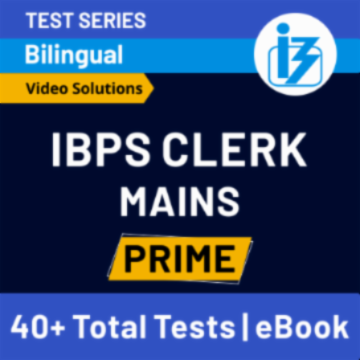 There were no as such changes were seen in the IBPS Clerk Prelims Exam that took place recently when compared to the last year’s IBPS Clerk Prelims Exam. Overall the difficulty level has remained easy to moderate as students have attempted 60 to 73 questions with good accuracy. In some shifts, Quantitative Aptitude section was calculative and lengthy, but overall the level of the examination was not too difficult. Here we are providing state-wise expected cut off for IBPS Clerk Prelims 2020 based on the last year’s cut off and this year’s exam review. The cut off is expected to vary +/- 5 from the prediction.

What are the deciding factors for cut off?
The cut off the banking sector clerical recruitment exams depends upon the following factors-

All those students who have appeared in this exam, must now start their preparation for IBPS Clerk Mains 2020 Examination. We always urge students, to not waste any time in waiting till the last moment for the main exam’s preparation, as the phase-ii is even a bigger challenge. You can practice with Adda247 daily quizzes for IBPS 2020 Main Exams and keep your preparation on track.