IBPS PO Mains exam has 4 sections in total comprising Reasoning, English, Quantitive Aptitude and General Awareness comprising of total of 200 marks. Apart from this, there is a descriptive test. The descriptive test is a test of English which contains Letter Writing and Essay with 25 marks and 30 minutes duration.

How to Ace Through the Descriptive Test of IBPS PO Mains?

It is important for you to focus on the right area instead of going in so deep. Here is a list of important topics that will help you in sailing through the IBPS PO Mains Descriptive Test:

Letter Writing
1. Write a Letter to you friend encouraging and advising him to plan his own start-up
2. Letter to your office colleague
3. Write a letter to the branch manager requesting him to block your credit card as you’ve lost it and ask him to issue you a new card.

1. Which reform in Indian education can be compared with International level
2. Advantages and Disadvantages of Cashless economy
3. Effects of gadets on intellectual capabilities of humans

Descriptive test is dynamic in nature. Make sure you chose the right topic for yourself as time would be limited. You can not afford to write the letter again and again due to lack of points on different topics. So, choosing the appropriate one is very important.

Formal and Informal Requirements: Stic to the prescribed format according to the topic is asked. Focus on your language, it should follow the tone of formal writing wherever required. Try not to cross the word limit and make sure you write the essay in representative way.

Structure of the paragraph: It should reflect how well your words justify the title and the paragraph should be connecting.There should be no mismatch between the lines. Keep a check if the paragraph contain only one idea or more, evidence that you have used, support the argument or not? You paper should have introductory para, middle part and conclusion to wind up the same.

Grammar: Keep a check on the grammar. Make sure use of tenses, parts of speech and other parts are used correctly.Create simple but correct sentence. Also your puntcuation should be accurate. 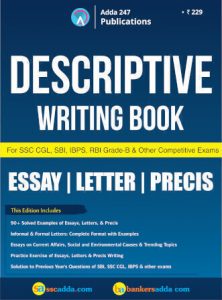