Directions (6-10): Study the information carefully and answer the questions given below.
Six persons P, Q, R, S, T and U are going on holiday on six different days of week (week starts from Monday to Saturday). All information is not necessarily in same order.
Not more than two persons go between Q and T, who goes on Thursday. Two persons go between T and U. More than one person goes between Q and P. There is as many persons between U and R as many between R and P. Q does not go on Saturday.

Q12. Which of the following is the third letter from the right end of the meaningful word formed from the second, third, sixth and seventh letters of the word “DECLARATION’. If more than one word is formed your answer will be Z?
(a) C
(b) E
(c) A
(d) Z
(e) R

Direction (13-15): Study the following information carefully to answer the given questions.
A person starts walking from his home to the east direction, after walking 20m he turns right and walk 15m and reached at point C. From point C he takes a right turn and walk 10m and then turn his left and walk 5m to reach final point E. 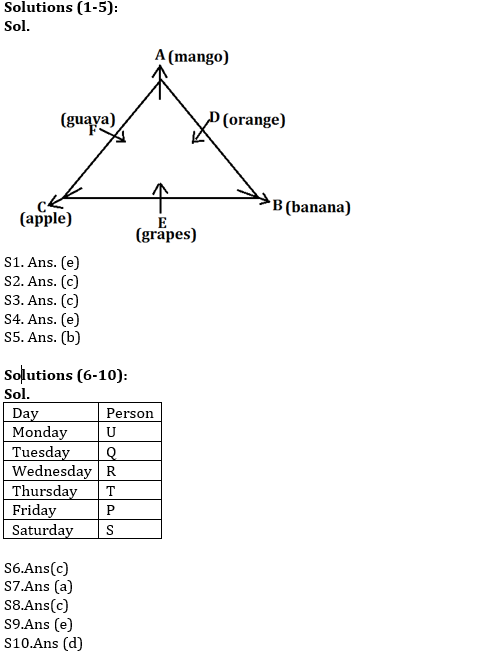 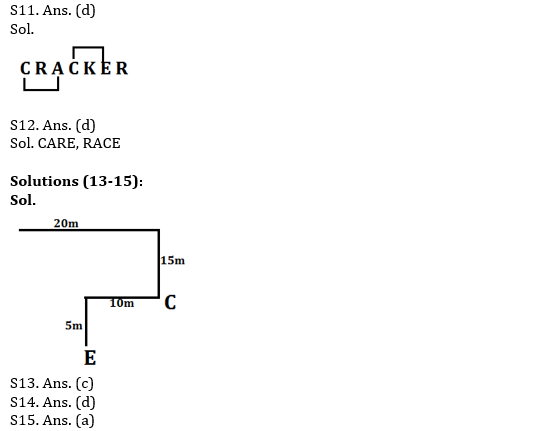