Directions (9-10): Study the following information carefully and answer the question given below-
There are eight members in a family i.e. K, O, L, N, Q, M, P and S. Among them three are married couples. S is the daughter of the one who is L’s nephew. Q is the daughter-in-law of the one who is grandfather of M. O has only one grandson. P is grand-daughter-in-law of K. L is O’s husband’s sister.

Q11. Statements:
No Glitter is Bracelet
All Locket are Bracelet
Some locket are Ring
Conclusions:
I: Some Ring are not glitter
II: No locket is glitter

Q12. Statements:
All Ball are Cat
Only a few Ball are Apple
Some Eagle are Cat
Conclusions:
I: Some Cat are Apple
II: All Eagle are Ball is a possibility 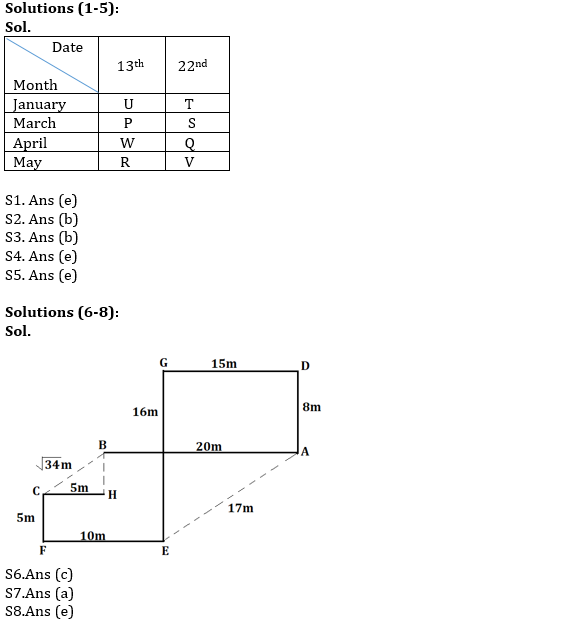 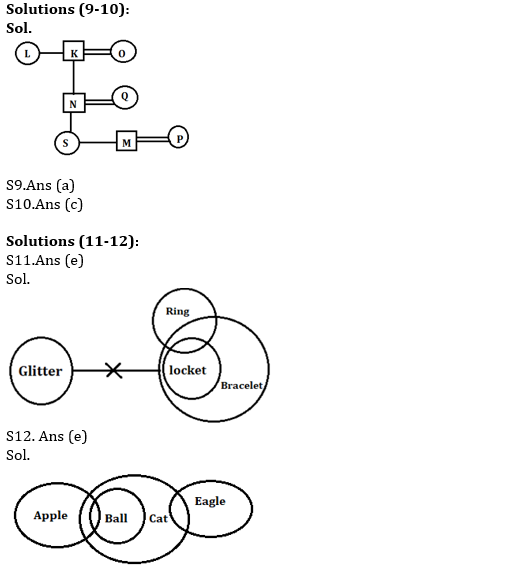