Direction (1-5): Study the following information to answer the given questions:
Eight persons i.e., J, K, L, M, N, O, P and Q are sitting around a rectangular table. Persons sitting at the centre of the sides are facing towards inside and likes different chocolates i.e., Dairymilk, Fivestar, Kitkat and Munch. Those sitting at the corner are facing towards outside the table and likes different fruits i.e., Mango, Apple, Litchi and Guava. All information are not necessarily in the same order.
M sits second to the right of Q. K and M do not like Guava. O do not like Mango. Two persons sit between Q and N, who likes apple. The one who faces L likes munch. O does not sit opposite to one who likes guava. K and L are immediate neighbors of N. L likes Dairymilk and sits immediate left of the one who likes mango. K faces M. P does not sit opposite to N and is not an immediate neighbor of the one who likes diarymilk. M does not like kitkat. O likes Litchi.

Q11. How many pairs of letters are there in the word” SUCCESS” which have as many letters between them in the word as in alphabetical series?
(a) One
(b) Two
(c) Three
(d) Four
(e) None of these

Q12. If all the alphabets are rearranged within itself as they appear in the English dictionary in the word “MISCONCEPTION” then which of the following will be fifth to the left of the tenth from the left end?
(a) E
(b) N
(c) M
(d) I
(e) None of these

Q14. Aman starts his journey from his home and he walks 10 km towards South direction. He takes a left turn and walks 8 km. After that he takes a right turn and walks 10 km. Now, he walks 14 km after taking a right turn. Finally he reached his office. In which directions, Aman’s office with respect to Aman’s home?
(a) South-West
(b) North
(c) West
(d) North-east
(e) North-west 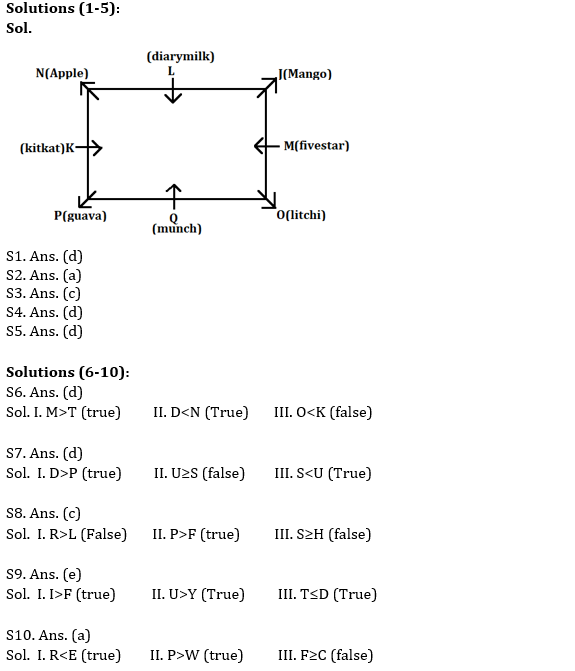 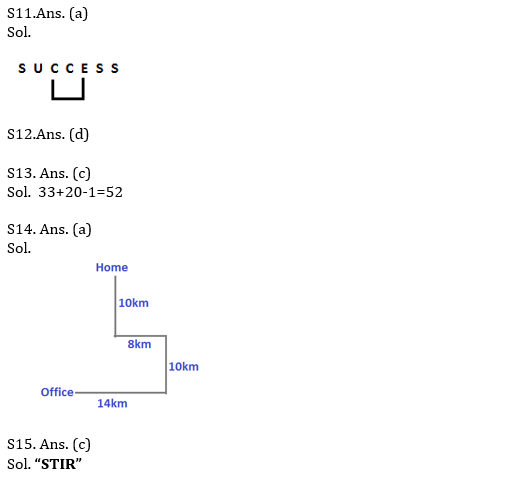