Q3. What is the position of E with respect to G?
(a) Immdiate right
(b) third to the left
(c) Second to the right
(d) Immdeate left
(e) None of these

Directions (8-9): Study the following information carefully to answer the given questions:
There are six persons viz. A, B, C, D, E and F of different ages. C is older than only A and E. D is younger than only B. E is not youngest. The one who is third oldest, age 81 year. E’s age is 62 years.

Q9. Which of the following is true with respect to the given information?
(a) D’s age is definitely less than 60.
(b) F is oldest.
(c) Only two people older than C.
(d) There is a possibility that B’s age is 79 years
(e) None is true.

Directions (11-15): Study the information carefully and answer the questions given below.
Nine persons P, Q, R, S, T, U, V, W and X are sitting in a circle but not necessary in same order. All of them face inside.
R sits third to the right of P. Two persons sit between R and Q. U sits second to the right of X, who is not immediate neighbor of P. Two persons sit between T and W. S is third to the left of V. S is not immediate neighbor of T and P who does not sit immediate right of V. 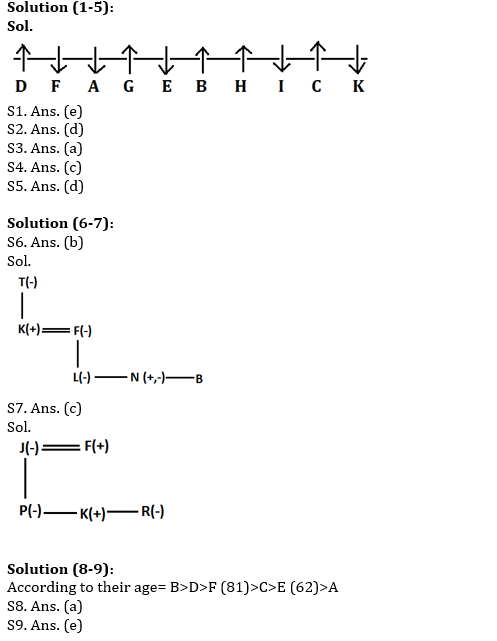 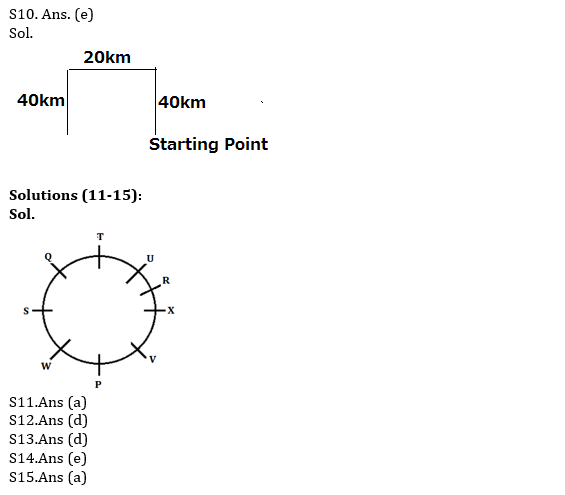