IBPS PO Vacancy 2020-21:- The Institute of Banking Personnel Selection is re-conducting the IBPS PO Prelims Exam for those aspirants who could not apply in the earlier phase due to the postponement of their Final Year Results. IBPS has also increased the vacancies for the post of Probationary officers from 1417 to 3517. In this article, we will be discussing the complete details of IBPS PO Vacancy 2020-21 and 3517 Bank Wise vacancies.

IBPS Revised its vacancies to 3517 this year. According to the official notification of IBPS, the IBPS PO Prelims Exam will be conducted on  January 5th And 6th 2021. Last year, a total of 4336 vacancies were announced. This shows that the number of vacancies has fallen by 73% from last year. Vacancies are announced by category and by the bank. 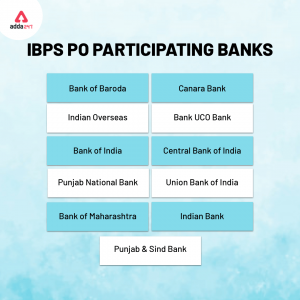 As we can conclude from the Vacancy table that IBPS PO vacancies decreased this year. Although a number of aspirants fill the application for the same, so no doubt competition would be higher. you need to prepare well for the exam, nothing is impossible to achieve.

Given below is the complete table of all the important dates that you must keep in mind:

Q: How many vacancies are released in the IBPS PO 2020 notice?

Q: Which bank has the most vacancies?

Q: What was the count of vacancies for IBPS PO last year?

Q:  According to the notice, when will IBPS re-conduct IBPS PO Prelims?

Ans. IBPS PO Prelims will be conducted on  January 5th and 6th.

Q: As some of the banks have been merged. Will the number of participating banks reduce?

Ans. Yes, the number of vacancies has reduced.