Q2. A fun zone, the first of its kind in India, has been set up by the Railways at the Visakhapatnam Railway Station, Andhra Pradesh. Which of the following Railways line runs parallel to the Arabian Sea, offering views along the coast?
(a) Northern Railway
(b) Western Railway
(c) Southern Railway
(d) Konkan Railway
(e) Central Railway

Q3. UNESCO and Rajasthan government joined hands to promote music, art and craft forms, and other intangible cultural heritage of the state to spur socio-economic growth of several artist communities. In which of the following year UNESCO established?
(a) 1948
(b) 1947
(c) 1946
(d) 1945
(e) 1944

S3. Ans.(d)
Sol. United Nations Educational, Scientific and Cultural Organization was founded and the Constitution of UNESCO, signed on 16 November 1945.

S4. Ans.(e)
Sol. Draupadi Murmu is an Indian politician from Mayurbhanj, Odisha. She has served as Governor of Jharkhand since May 2015.

S5. Ans.(a)
Sol. The headquarters of Bureau of Energy Efficiency in New Delhi.

Q9. The Gurugram traffic police have tied up with Google maps for real time traffic updates. The traffic related information will be shared in real time for public use. Who is the present Chief Executive Officer of Google?
(a) Shantanu Narayen
(b) Satya Nadella
(c) Sundar Pichai
(d) Ajaypal Singh Banga
(e) Dinesh Paliwal

S9. Ans.(c)
Sol. Sundar Pichai, is an Indian-American business executive. He is an engineer and the chief executive officer of Google LLC.

S10. Ans.(d)
Sol. Chinnar Wildlife Sanctuary is located 18 km north of Marayoor on SH 17 in the Marayoor and Kanthalloor panchayats of Devikulam taluk in the Idukki district of Kerala.

Q11. Multi Commodity Exchange of India (MCX) and Zhengzhou Commodity Exchange (ZCE), one of the leading commodity exchanges in China, have signed a Memorandum of understanding (MoU) for co-operation and the exchange of information. Who is the Managing Director & CEO of MCX?
(a) Basant Seth
(b) P S Reddy
(c) Saurabh Chandra
(d) Mrugank Paranjape
(e) Bhartendu Kumar Gairola

Q13. Senior diplomat B Bala Bhaskar was appointed as the next Indian Ambassador to Norway. Who is the present prime minister of Norway?
(a) Gro Harlem Brundtland
(b) Thorbjorn Jagland
(c) Kjell Magne Bondevik
(d) Jens Stoltenberg
(e) Erna Solberg

S13. Ans.(e)
Sol. Erna Solberg is a Norwegian politician serving as Prime Minister of Norway since 2013.

S15. Ans.(b)
Sol. Ottawa is the capital city of Canada. It stands on the south bank of the Ottawa River in the eastern portion of southern Ontario. 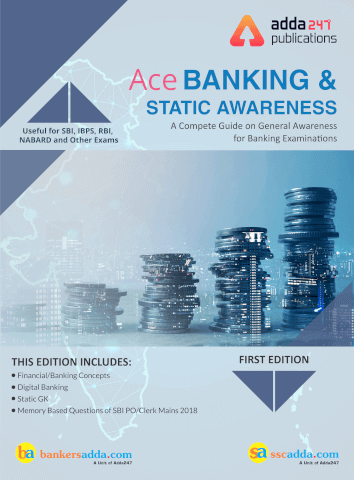