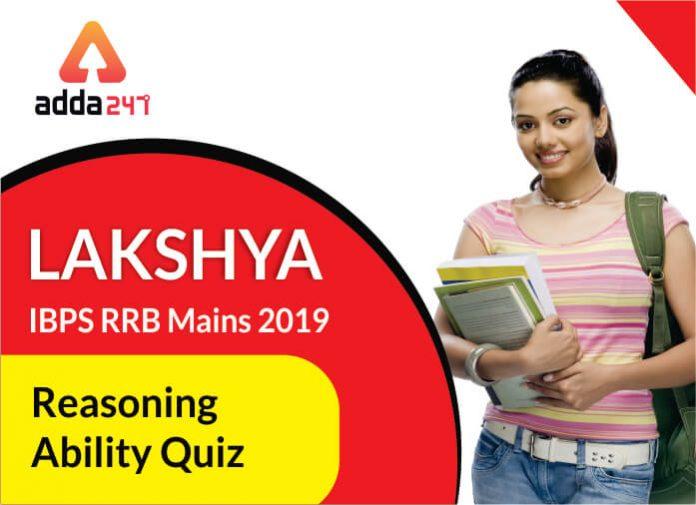 The reasoning is an important part of a banking examination that holds the key for scoring well. This section tests the logic of a person while solving the questions. A good score depends on the clarity of your logical ability to crack the pattern of the question. This can only be attained if you practice daily without fail. For the IBPS RRB Mains 2019 Study Plan and also for the upcoming banking examinations including  SBI Clerk, LIC ADO,  IBPS PO, IBPS Clerk and all the others which are not yet officially announced like the RBI Grade B and the RBI Assistant 2019.

Here is IBPS RRB PO/Clerk Mains Reasoning quiz for 20th of September 2019 and it includes questions from  Month based puzzle, Short puzzle, Miscellaneous.

Direction (1-5): Study the following information and answer the questions that follow:

Q7.
Statements: Only a few summer is Ice cream.
All Ice cream is cold.
Only cold is freeze.
Conclusions:
I. Some Freeze is ice cream.
II. All cold is summer is a possibility.
(a) Both I and II is true
(b) Only I is true
(c) Only II is true
(d) Either I or II is true
(e) Neither I nor II is true

Q11. In the following question a statement is given followed by three more statements numbered as I, II and III. You have to read all the statement and decide which of them weakens the argument mentioned in statement.

Statement: – The population of butterflies in butterfly farms of village A have been declining ever since a rubber factory was set up. The pollution created by factory must have been the cause for this decline.

Which of the following weakens the above argument?

I. Village B which has more vehicles than Village A hasn’t observed any decline in the population of butterflies in its farms.
II. Large quantities of water required by the factories have created a shortage of water in the Village A due to which most of its butterfly farms are running dry.
III. Butterflies are very sensitive to pollution and can only thrive in areas with good air quality.
(a) Both I and II
(b) Both II and III
(c) Only III
(d) Only II
(e) None of these