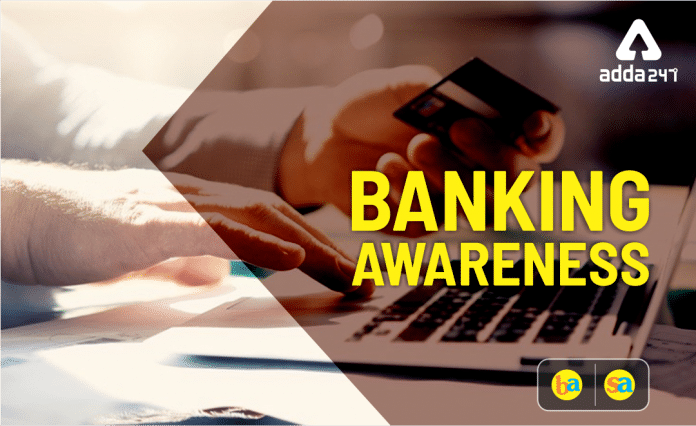 Q1. In India, Mutual Funds are regulated by-?

(a) Securities and Exchange Board of India

(b) Reserve Bank of India

Sol. Mutual funds in India are regulated by the Securities and Exchange Board of India (SEBI).

Q2. KYC Compliance is done to-

(a) Identify a person

(b) To know the address of a person

Sol. The objective of KYC guidelines is to prevent banks from being used, intentionally or unintentionally, by criminal elements for money laundering activities. Related procedures also enable banks to better understand their customers and their financial dealings.

Q3. What is the full form of MICR?

Sol. Magnetic ink character recognition (MICR) is the information that appears at the bottom of a check. This includes the bank’s routing number, the customer’s account number, and the check number.

Q4. Open Money Market is a place for selling and buying of a financial instrument by _______.

(a) All financial institutions

(b) Only by Commercial Banks

(c) Only by Common Banks

Sol. Money market basically refers to a section of the financial market where financial instruments with high liquidity and short-term maturities are traded. Money market has become a component of the financial market for buying and selling of securities of short-term maturities, of one year or less, such as treasury bills and commercial papers. Over-the-counter trading is done in the money market and it is a wholesale process. It is used by the participants as a way of borrowing and lending for the short term.

Q5. Which of the following is the first commercial bank to launch mutual fund?

Sol. State Bank of India was the first to launch mutual fund.

Q6. Who can invest in a commercial paper?

Sol. All residents, and non-residents permitted to invest in CPs under Foreign Exchange Management Act (FEMA), 1999 are eligible to invest in CPs; however, no person can invest in CPs issued by related parties either in the primary or secondary market. Investment by regulated financial sector entities will be subject to such conditions as the concerned regulator may impose.

Q7. The committee on Banking Regulations and Supervisory Practices which released the agreed frame work on international convergence of capital measures and capital standards in July 1988 is popularly known as _______.

Sol. The document has been incorporated in the comprehensive version of International Convergence of Capital Measurement and Capital Standards: A Revised Framework, including the elements of the 1988 Accord that were not revised during the Basel II process, the 1996 Amendment to the Capital Accord to Incorporate Market Risks, and the 2005 paper on The Application of Basel II to Trading Activities and the Treatment of Double Default Effects.

Q8. In present, Reverse Repo rate is the rate at which RBI Pays interest to Commercial Banks and it is linked to Repo Rate and the rate is-?

Q9. Which is the first Indian Private Sector Bank set up a branch in China?

Sol. Axis Bank, the First Indian Private Sector Bank to Set up a Branch in China.

Q10. Which of the following rates is not decided by the RBI?

Q11. Which of the following is NOT a function of the Reserve Bank of India?

Sol. Fiscal policy is the means by which a government adjusts its spending levels and tax rates to monitor and influence a nation’s economy. It is the sister strategy to monetary policy through which a central bank influences a nation’s money supply.

Q12. With a view to facilitate payment of the balance in the deposit account to the person named by the depositor without any hassles in the event of the death of the account holder, the following facility was introduced for bank accounts in our country-

Sol. Banks ask their account holders to make nominations which mean that they should nominate persons to whom the money lying in their accounts should go in the event of their death. Nomination can be made in account opening form itself or on a separate form indicating the name and address of the nominee.

Q13. Banks in our country normally publicize that additional interest rate is allowed on retail domestic term deposits of________.

Q14. On which one of the following issues IMF has supported the monetary policy of India?

(a) Introduction of GST.

(b) The stimulus for the agriculture sector

Sol. The International Monetary Fund (IMF) has stated the tightening of monetary policy by India is an ‘appropriate’ step, as the country is faced with high inflation and needs to consolidate the fiscal measures initiated during the slowdown.

Sol. STRIPS (Separate Trading of Registered Interest and Principal of Securities) are debt securities that are created through the process of coupon stripping. They are essentially traditional Treasury bonds, except that the bond’s principal (its corpus) has been separated–stripped–from its interest (its coupon).