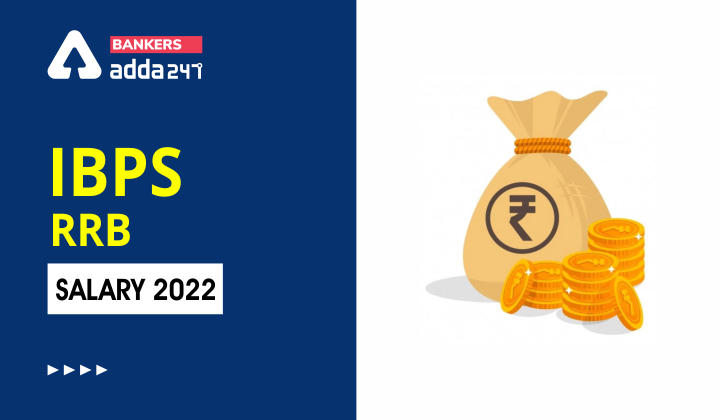 IBPS RRB Salary 2022: The thing which excites the most to candidates is the salary. Candidates who are preparing for IBPS RRB 2022 are very eager to know the pay scale, in-hand salary, job emoluments & perks offered to IBPS Clerk, PO, Scale II, and III officers. Such kind of information helps in maintaining the rhythm during the phase of preparation. In this post, we will give you complete details about the IBPS RRB Salary 2022, job profile, and career growth of RRB Clerk, PO, and Scale II, and III officers.

RRB offers a lucrative salary along with various perks and allowances to its employees. Before looking at the post wise salary structure of IBPS RRB, let us look at the IBPS in hand salary that has been given in the table below

Complete Details about IBPS RRB Salary: One of the factors that entice young and bright candidates to be a part of this profession is the salary. A Candidate once selected in the clerical cadre get the In-Hand Salary of IBPS RRB Office Assistant varies from Rs. 20,000 – 25,000/-. This salary may vary for different organizations. New recruits get 46.5% DA. The pay scale of an IBPS RRB Office Assistant or IBPS RRB Clerk is given in the table below:

IBPS RRB PO is one of the coveted jobs in India. As we all know the salary and notification have released by the IBPS for IBPS RRB Clerk, PO so we are providing you the salary details for the year 2021. This is one job for which almost every banking aspirant applies because of the great salary, perks, and career opportunities ahead. The salary of an IBPS RRB PO is the pay-scale for IBPS RRB Officer Scale 1(PO) Salary is given in the table below:

*Kindly note that this salary is the general salary, the salary & other perks differ from bank to bank and area of location as well. For ex- If someone is posted in Mathura then his/her salary might be greater than the one posted in a more rural area and hence the difference occurs.

House Rent Allowance (HRA) and Dearness Allowances (DA) are some perks that are included with IBPS RRB Salary 2021. Other Allowances that are given with the salary are mentioned in the table below:

Apart from these allowances there are several benefits that are given along with the IBPS RRB Salary 2022, they are:

Candidates must check the job profiles Of the coveted positions in IBPS RRBs before filling the online application form. Below is the detailed job profile and responsibilities of IBPS RRB Clerk and PO.

Once a candidate is appointed as an IBPS RRB Clerk then he/she is under training which is also known as a probation period of 6 months. Given below is the job profile of a candidate working as a clerk:

Once a candidate is selected as an RRB PO, he/she undergoes training also known as probation of 2 years. While the candidate is under his/her probation period, he/she will receive a fixed amount that is usually less than the normal pay scale. Given below is the IBPS RRB PO job profile for the candidates selected for IBPS RRB Officer Scale I (PO):

The career growth of an office assistant is great. The promotional criteria differ from bank to bank. There is no interview in IBPS RRB Clerical and hence it is easier for a candidate to join the bank in the clerical cadre. There are certain banks that offer promotions up to Scale-IV while there are some banks that offer promotions up to scale-V. You can also get some certification from IIBF and by clearing JAIIB as it will give a great boost to your career. 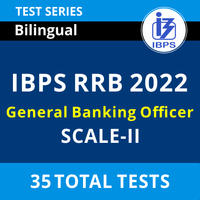 Q. How many vacancies are released for the IBPS RRB recruitment 2022?

Ans. A total number of 4483 vacancies are released for the IBPS RRB Recruitment 2022.

Q. What is the salary of IBPS RRB PO?