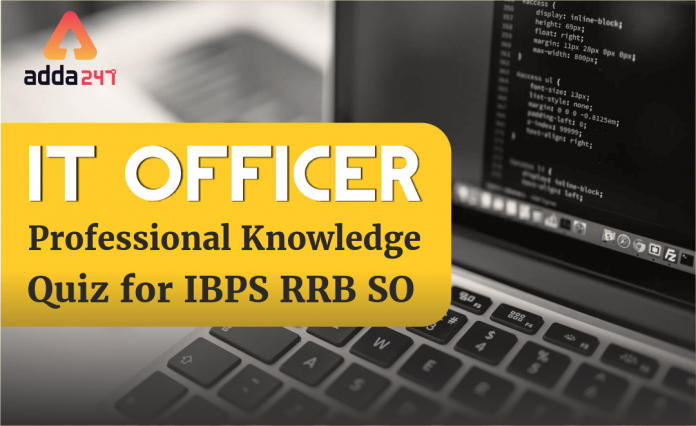 S2.Ans.(a)
Sol. Data diddling is a method adopted by computer criminals. Data diddling is the changing of data before or during entry into a computer system or altering the raw data just before it processed by a computer and then changing it back after the processing is complete. Using this technique, the criminals can manipulate the output and it is not so easy to identify.
Q3.Which layer provides for the syntax of the data?
(a) Application Layer
(b) Session Layer
(c) Transport Layer
(d) Presentation Layer
(e) Physical Layer
S3.Ans.(d)
Sol. The primary goal of the presentation layer is to take care of the syntax and semantics of the information exchanged between two communicating systems. The presentation layer takes care that the data is sent in such a way that the receiver will understand the information (data) and will be able to use the data. Presentation layer also called the syntax layer
Q4.What are the 3 principles of information security?
(a) Authentication, Availability, Accessibility
(b) Confidentiality, Integrity, Availability,
(c) Integrity, Authentication, Confidentiality
(d) Availability, Security, Encryption
(e) Login, Availability, Encryption
S4.Ans.(b)
Sol. A principle that is a core requirement of information security for the safe utilization, flow, and storage of information is the CIA triad. CIA stands for confidentiality, integrity, and availability and these are the three main objectives of information security.
Q5.Which of the following is the correct order of Clauses for an SQL Query?
(a) WHERE – ORDER BY – HAVING – GROUP BY
(b) WHERE – HAVING – GROUP BY – ORDER BY
(c) WHERE – GROUP BY – HAVING – ORDER BY
(d) ORDER BY – HAVING – GROUP BY – WHERE
(e) can be arranged in any order
S5.Ans. (c)
Sol. Syntax of SQL SELECT Statement:
SELECT column_list FROM table-name
[WHERE Clause]
[GROUP BY clause]
[HAVING clause]
[ORDER BY clause];
Q6.Which of the following statement is correct about HAVING clause?
(a) HAVING clause is used for rows rather than columns.
(b) HAVING clause is used for columns rather than groups.
(c) HAVING clause acts exactly like a WHERE clause.
(d) HAVING clause is used to mention condition in Group based SQL functions
(e) All are true about HAVING Clause
S6.Ans.(d)
Sol. Having clause is used to filter data based on the group functions. This is similar to WHERE condition but is used with group functions. Group functions cannot be used in WHERE Clause but can be used in HAVING clause.
Q7.Default subnet mask of Class A IP address is
(a) 255.255.0.0
(b) 255.255.255.0
(c) 255.255.255.255
(d) 255.0.0.0
(e) None of these

S7.Ans.(d)
Sol. In an IP network, every machine on the same physical network sees all the data packets sent out on the network. As the number of computers on a network grows, network traffic will grow many fold, bringing down performance drastically. In such a situation, you would divide your network into different subnetworks and minimize the traffic across the different subnetworks. Interconnectivity between the different subnets would be provided by routers, which will only transmit data meant for another subnet across itself. To divide a given network address into two or more subnets, you use subnet masks. The default subnet masks for class A networks is 255.0.0.0, for class B is 255.255.0.0, and for class C is 255.255.255.0.
Q8.Which of the following protocol is used for securing connections between network application clients and servers over an insecure network?
(a)SSL
(b)EGP
(c)UDP
(d)HTTP
(e)IGP

S8.Ans.(a)
Sol. Secure Sockets Layer (SSL) is a standard protocol used for the secure transmission of documents over a network. Developed by Netscape, SSL technology creates a secure link between a Web server and browser to ensure private and integral data transmission. SSL uses Transport Control Protocol (TCP) for communication.
Q9.Which of the following is an example of the Exterior Gateway Protocol (EGP)?
(a)  Open Shortest Path First (OSPF) Protocol
(b) Routing Information Protocol (RIP)
(c) Border Gateway Protocol
(d) Both (A) and (B)
(e) TCP

S9.Ans.(c)
Sol. Exterior Gateway Protocol (EGP) is a protocol for exchanging routing information between two neighbor gateway hosts (each with its own router) in a network of autonomous systems. EGP is commonly used between hosts on the Internet to exchange routing table information.
Q10.Which types of data are transferred in the handshaking method.
(a)Synchronous
(b)Asynchronous
(c)Sequential
(d)Directional
(e)Bidirectional
S10.Ans.(a)
Sol. The synchronous transfer can be implemented with a method called handshaking. This method is used to accompany each data item being transferred with a control signal that indicates the presence of data in the bus, the unit receiving the data item respond with another control signal to acknowledge receipt of the data.
Q11.…………… state that primary key should not be null.
(a) Entity integrity
(b) Referential integrity
(c) Domain integrity
(d) Both 1 and 2
(e) None of these
S11.Ans.(a)
Sol. Entity integrity rule defines no component of a primary key is allowed to be NULL value.
Q12.COCOMO Model is used in Software Engineering for_____.
(a) Finding the cost of the project
(b) Design software
(c) Scheduling software
(d) Time complexity of the project
(e) None of the above