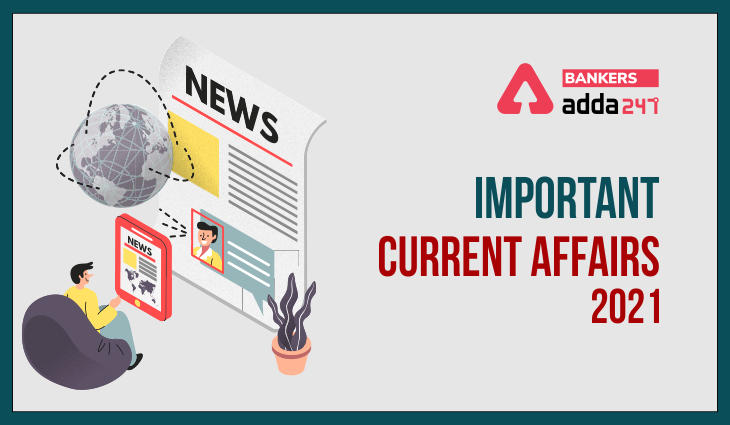 Q1. The government has constituted an experts advisory committee for the overall execution and monitoring of the Startup India Seed Fund Scheme. Who headed the committee?
(a) H D Jadhav
(b) H K Mittal
(c) C. Shivnarayana
(d) K. Sushil Chandra
(e) None of these

Q2. Name the platform of the Tripura government 102 schemes of various departments of both governments to help people get benefits from various schemes of the Centre and the state government.
(a) Digital Tripura
(b) Benefited Tripura
(c) Smart Tripura
(d) Jagrut Tripura
(e) None of these

Q5. The Reserve Bank of India has announced the names of the members of the Standing External Advisory Committee (SEAC) for evaluating applications for Universal Banks as well as Small Finance Banks. Who is the chairman of the committee?
(a) Usha Thorat
(b) Keki Mistry
(c) Shyamla Gopinath
(d) K V Kamath
(e) None of these

Q6. India has signed a key pact with the Philippines called “implementing arrangement” for “procurement of defence material and equipment”, as per which the country will buy the BrahMos cruise missiles from India. What is the currency of Philippines?
(a) Philippine Dollar
(b) Philippine Rufiya
(c) Philippine Peso
(d) Philippine Rupee
(e) None of these

Q7. India have agreed to recognize each other’s offices to act mutually as competent International Searching and International Preliminary Examining Authority (ISA/IPEA) for any international patent application filed with them with which of the country?
(a) Israel
(b) Japan
(c) Germany
(d) South Korea
(e) None of these

Q8. Which state has launched the programme “Gharoki Paachan, Chelik Naam” (daughter”s name is a home”s identity) programme?
(a) Andhra Pradesh
(b) Jharkhand
(c) Arunachal Pradesh
(d) Uttarakhand
(e) None of these

Q9. Which state/UT has launched “Super-75” scholarship schemes for meritorious girls, on the occasion of International Women’s Day 2021?
(a) Jammu and Kashmir
(b) Uttarakhand
(c) Uttar Pradesh
(d) Kerala
(e) None of these

Q10. Which of the following company and Uttarakhand State Government with the American India Foundation as the implementation partner to increase the participation of girls and women in STEM careers?
(a) Google
(b) IBM
(c) Microsoft
(d) Face Book
(e) None of these

S1.Ans(b)
Sol. The government has constituted an experts advisory committee for the overall execution and monitoring of the Startup India Seed Fund Scheme. The committee would be chaired by H K Mittal from the Department of Science and Technology.

S2.Ans(d)
Sol. The Tripura government has come up with a digital platform ‘Jagrut Tripura’ to help people get benefits from various schemes of the Centre and the state government. The ‘Jagrut Tripura’ will empower citizens of the northeastern state.

S3.Ans(a)
Sol. The State Bank of India (SBI) and Indian Oil Corporation Limited (IOCL) has signed the deal. The deal will be signed because the de facto international benchmark reference rate called the London Interbank Offered Rate (LIBOR) will no longer work as the benchmark after December 2021.

S4.Ans(d)
Sol. On the occasion of World Water Day, the governments of Uttar Pradesh and Madhya Pradesh signed an agreement to implement the Ken-Betwa river interlinking project. The main purpose of this project is to carry water from surplus regions to drought-prone and water-scarce region through the interlinking of rivers.

S5.Ans(c)
Sol. The committee has five members, with former RBI deputy governor Shyamala Gopinath as the chairperson. The panel will have tenure of three years.

S7.Ans(b)
Sol. This memorandum of cooperation on the industrial property was arrived at during the 4th review meeting between DPIIT and Japan Patent Office.

S10.Ans(b)
Sol. IBM has announced a collaboration with Samagra Sikhsha Uttarakhand, the Government of Uttarakhand’s education mission, to introduce the ‘IBM STEM for Girls’ program in 130 secondary and higher secondary schools across five districts in the state.