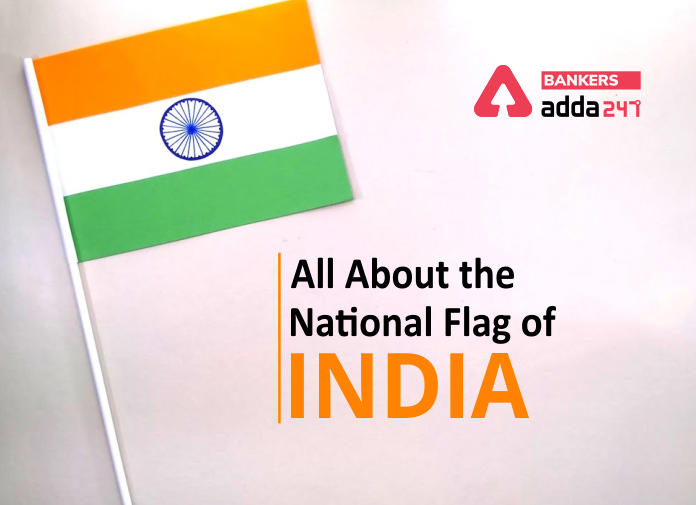 National Flag of India: Our tricolor is a significant part of our country’s pride. Every color and symbol on the flag is for a reason and symbolizes the greatness of our nation. It represents every individual in the country irrespective of caste, creed, or religion. It is a flag that we live and will die for, as the sentiments are held in high regard by every citizen. Just the sight or unfurling of the flag brings in immense pride and joy that drives every Indian to excel and progress.

National Flag of India: Unfurling of the flag for the first time

Since becoming free, our flag was first unfurled by our very first prime minister Jawaharlal Nehru at the stroke of midnight and keeping up with the tradition. We hoist the flag on every independence day on August 15th and January 26th, which is the Republic day of India.

Flag of India: What does the colors represent?

The white band has a navy blue wheel known as the Ashoka chakra, which has 24 spokes, which are evenly spaced. Our second president Shri S.Radhakrishanan said that the chakra is representing the law and Dharma (righteousness)

The first national flag was hoisted on August 7, 1906, in the Parsee Bagan Square (Green Park) in Calcutta now Kolkata.

The Berlin committee flag, first raised by Bhikaiji Cama in 1907

The following was the flag unofficially adopted in 1921. The All India Congress Committee which met at Bezwada in 1921 (now Vijayawada) an Andhra youth prepared the flag and took it to Gandhiji.

The following flag was adopted in 1931. This flag was also the battle ensign of the Indian National Army

The Constituent Assembly on July 22, 1947, adopted the following as Free India National Flag.

How the tricolor came about?

The tricolor has evolved through the years of struggle for independence, during the 200 years British rule, Indians has their own flags on the princely state’s rules by the respective kings. The prominent colors that came to be chosen were the above three, and it became obvious that all the chosen colors represented our great history, culture, and tradition.

On July 22nd, the constituent assembly decided on the present-day flag. There is a flag code as well which was modified in the year 2002, and this allowed all Indians to fly the tricolor over their

any day irrespective of the national days as per the earlier code. The flag can be hoisted in educational institutions maintaining the honor and dignity of the national flag at all times.

The code states that the

What you should know about the flag?

You have to know that the Indian tricolor is made under strict guidelines and designed by an agriculturist who also happened to be a freedom fighter by the name Pingali Venkayya. The flag is made out of khadi cloth, which represents not only self-reliance but Gandhiji’s dream, which is especially handspun. The right to make the flag is held by the Khadi Development and Village Industries Commission. They then allocate it to the regional groups. The flag can be made into nine different specified sizes. The size of the flag that is hoisted on a government building and Rashtrapati Bhavan is about 21×14 ft in size (one of the biggest sizes).