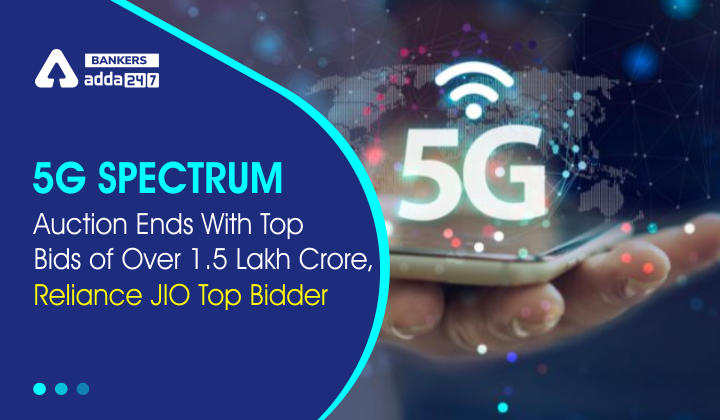 Recent in news : The government earned Rs 150, 173 crore (Rs 1.5 trillion) when the auction for telecom spectrum ended after seven days of bidding and 40 rounds, adding Rs 43 crore on the last day.

How much spectrum was went for auction?

The auction was of 72 gigahertz (GHz) of the spectrum – with about 72,000 MHz under nine bands with a validity period of 20 years – worth Rs 4.3 trillion which went for sale.

What type of spectrum do telcos require?

According to the GSM Association, spectrums in the range of 400 MHz to 4 GHz range is the most optimum for telecom purposes as operators, if they have enough spectrum, can provide 2G, 3G, 4G, and 5G services using one frequency band.

Which companies came for bidding?

Reliance Jio ,Bharti Airtel, Vodafone Idea, and the Adani Group. Reliance Jio topped the bid in all the circles.

What do you mean reserve price in auction?

The reserve price is the lowest price at which a seller is willing to sell an item. If at the close of auction, the bidders have not met the reserve price, the seller is not obligated to sell.

In how many circles India is divided its spectrum?

22 circles,It means India in respect of areas are divided into circles.

How 5G is different from 4G?

The key difference between 4G and 5G is speed — 5G is expected to be much faster than 4G while offering lower latency and better bandwidth.

Latency is a measure of the time it takes a packet of information to travel between two points.