Nelson Mandela is considered by many as “The Father of South Africa”. Mandela was an anti-Apartheid activist, which means that he fought for those who were disadvantaged by the system of racial segregation. Apartheid was a system of racial inequality which kept all races separate from one another. In 1994, Mandela was of key importance in negotiating the freedom and equality of all South Africans.
Rolihlahla Mandela was born into the Madiba clan in the village of Mvezo, in the Eastern Cape, on 18 July 1918. His mother was Nonqaphi Nosekeni and his father was Nkosi Mphakanyiswa Gadla Mandela. He attended primary school in Qunu where his teacher, Miss Mdingane, gave him the name Nelson, in accordance with the custom of giving all schoolchildren “Christian” names.
Apartheid was introduced in South Africa in 1948 by the NP (National Party) which was an all-white government. It was a harsh system that gave little opportunities to non-white people and took away their basic human rights such as education, freedom of movement and rights to self-determination.
Mandela was politically involved from 1942 and joined the African National Congress in 1944 where he helped to form the ANC Youth League (ANCYL). In 1952 he was chosen as the National Volunteer-in-Chief of the Defiance Campaign with Maulvi Cachalia as his deputy and in August 1952 with Oliver Tambo, he established South Africa’s first black law firm “Mandela & Tambo”. At the end of 1952, he was banned for the first time. As a restricted person he was only permitted to watch in secret as the Freedom Charter was adopted in Kliptown on 26 June 1955. Mandela was arrested in a countrywide police swoop on 5 December 1956, which led to the 1956 Treason Trial.
After he and his colleagues were acquitted in the Treason Trial, Mandela went underground and began planning a national strike for 29, 30 and 31 March. In June 1961 he was asked to lead the armed struggle and helped to establish Umkhonto weSizwe (Spear of the Nation), which was launched on 16 December 1961 with a series of explosions. On 11 January 1962, using the adopted name David Motsamayi, he secretly left South Africa and received military training in Morocco and Ethiopia and returned to South Africa in July 1962. On 9 October 1963 Mandela joined 10 others on trial for sabotage which is also known as the Rivonia Trial. While facing the death penalty his words to the court at the end of his famous “Speech from the Dock” on 20 April 1964 became immortalised:
“ I have fought against white domination, and I have fought against black domination. I have cherished the ideal of a democratic and free society in which all persons live together in harmony and with equal opportunities. It is an ideal which I hope to live for and to achieve. But if needs be, it is an ideal for which I am prepared to die. ”
On 12 June 1964 Mandela and seven other accused were sentenced to life imprisonment. He was released from Victor Verster Prison on 11 February 1990. Throughout his imprisonment he rejected at least three conditional offers of release. He spent 27 years in jail.
Mandela immersed himself in official talks to end white minority rule and in 1991 was elected as ANC President. In 1993 he and President FW de Klerk jointly won the Nobel Peace Prize.
On 27 April 1994, South Africa’s first democratic elections were held and everyone was given the right to vote regardless of their race and he voted for the first time in his life. On 10 May 1994 he was inaugurated as South Africa’s first democratically elected President. Mandela stepped down in 1999 after one term as President.
Nelson Mandela continued to work with the Nelson Mandela Children’s Fund he set up in 1995 and established the Nelson Mandela Foundation and The Mandela Rhodes Foundation. On 5th December 2013, he passed away at his home in Johannesburg.

Nelson Mandela International Day is an annual international day in honour of Nelson Mandela, celebrated each year on 18 July, Mandela’s birthday. The day was officially declared by the United Nations in November 2009, with the first UN Mandela Day held on 18 July 2010.

South Africa is now a fully democratic country. Mandela helped prevent a civil war and he ensured that no one would be discriminated because of the colour of their skin.
Source: nelsonmandela.org, sahistory.org 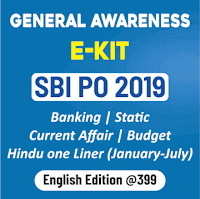