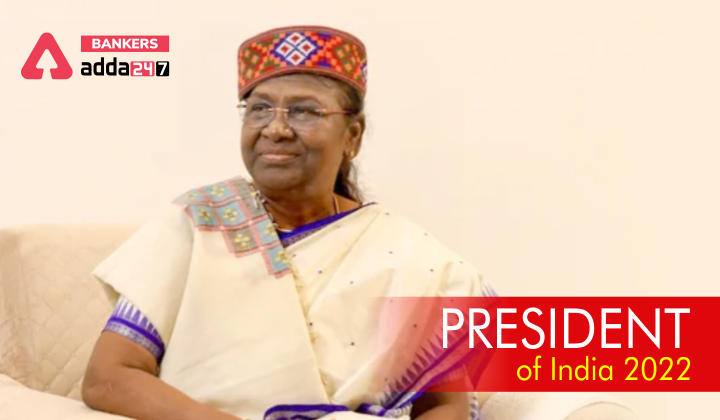 New President of India 2022: Droupadi Murmu, has been elected as the 15th President of India on 21st July 2022 after defeating the joint opposition nominee Yashwant Sinha.  She is the first tribal woman to be appointed to this position and became the 2nd woman after Srimati Pratibha Patil to hold the top constitutional post. Murmu is a former governor of Jharkhand and the National Democratic Alliance candidate. Droupadi Murmu belongs to the Santhali tribe and was born in the Mayurbhanj district of Odisha. Droupadi Murmu secured 64.03% of the total votes polled to be elected as the country’s first tribal President. In this article, we have covered all the important information related to the new president of India 2022.

Here we are providing below the stats of votes casted in the presidential election.

Now lets have a look at some important questions related to the president of India, these questions can be asked in your general awareness section. Give your answers in the comment section

Q.1 How many presidents of India so far were elected unopposed?

Q.2 Impeachment of president of India can be initiated in?

Q.3 What is the salary of Indian President?