Directions (1-4): Study the following table carefully to answer the questions that follow.

Q3. What is the ratio of total quantity of tomato and cabbage produced in year 2011 to that of beans and broccoli in year 2014?

Q5. If on selling 5 kg Potato a profit of Rs. 45 can be made, then what is the total profit amount earned on selling total produced Potato?

Directions (6-10): Study the following graph and answer the questions that are based on it.

Expenditure of three companies over the years (in crore Rs.) 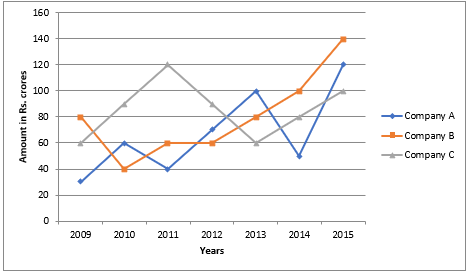 Q6. By what percent (approximate) the total expenditure of company A is less than that of company B?

Q7. If income of company C in year 2011 was Rs 142 crores and it increases by 5% every upcoming year, then what is the approximate increase in profit percent in year 2013 as compared to that in 2012?

Q8. What is the approximate average expenditure (in crores) made by all three company together in each year?

Q10. In year 2014 company B earned 8% profit. Had its expenditure been 4% less and the income remaining same, the amount of profit earned would have been 20% more than that of company A in same year. Find income of company A in 2014?

Q11. The ratio of cost price and marked price of an article is 2 : 3 and ratio of percentage profit and percentage discount is 3 : 2. What is the discount percentage ?

Q12. Four runners start a race from a point on the circular track. They took 200 sec, 300 sec, 360 sec, and 450 sec, respectively to complete one round. After how much time will they meet at the beginning point again?

Q13. K starts a business with Rs. 3500. Five months later B becomes his partner. One year later the profit is distributed between A and B in the ratio of 2 : 3. Find the investment of B.

Q15. There is a rectangular sheet of tin having dimensions 60 cm × 40 cm. Squares of sides 5 cm are cut from each of its four corner and remaining part are folded to a box of rectangular base. The capacity of the box (in cm³) is 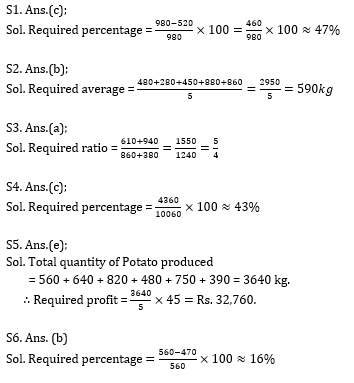 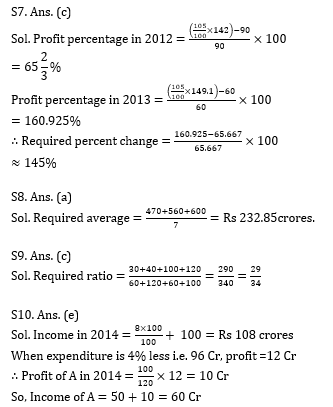 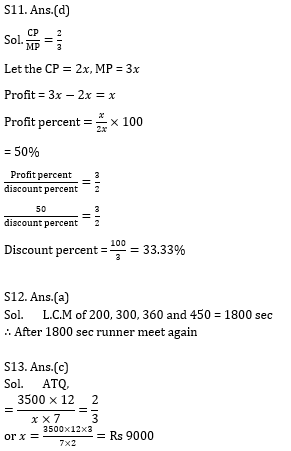 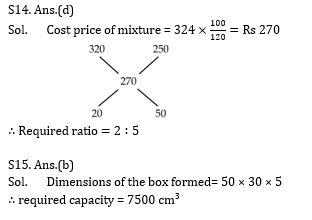