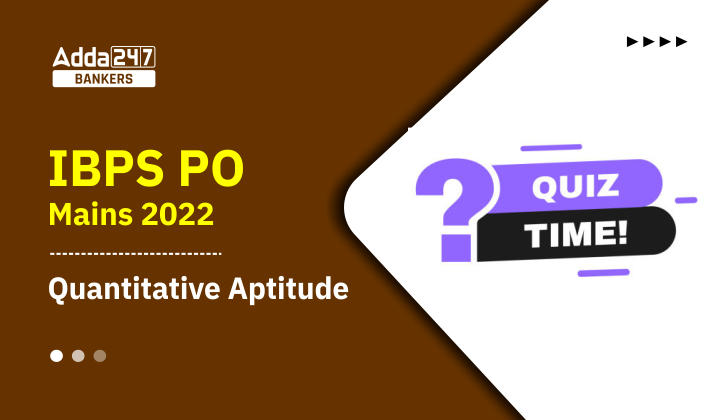 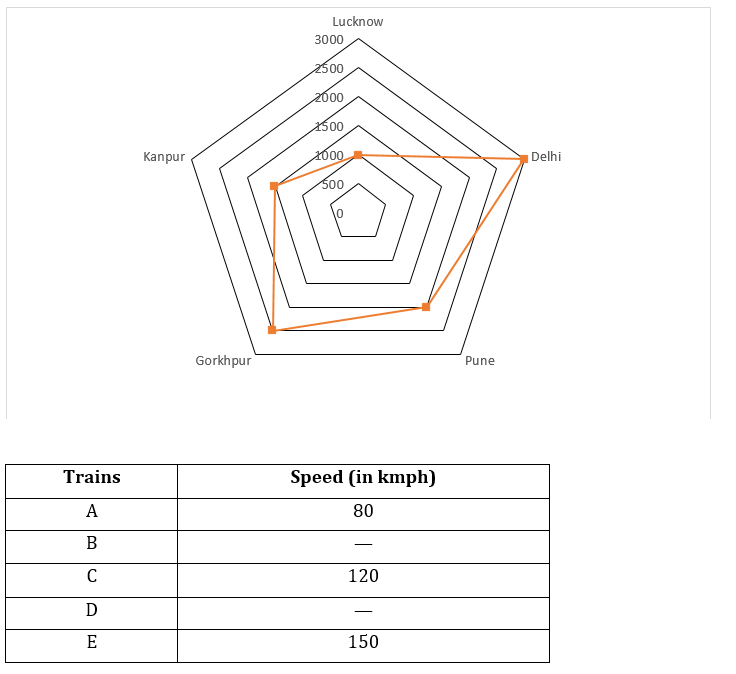 NOTE: – Some data is missing you have to calculate the missing data according to question.

Q2. Find the approximate time train E takes to reach Kanpur from Lucknow, if Lucknow and city Kanpur is in north and in east direction of Mumbai respectively.
(a) 12 hours
(b) 16 hours
(c) 18 hours
(d) 10 hours
(e) 9 hours

Q3. Train B and train D start from Mumbai for Delhi and Pune respectively and they reached in equal time. If train B and train D starts from Delhi and Gorkhpur respectively at same time and move towards each other, then time taken by train B to cross train D is what percent of the time taken by train B to reach Delhi from Mumbai. [Distance between Delhi and Gorkhpur is 1500 km].
(a) 25%
(b) 20%
(c) 30%
(d) 40%
(e) 50%

Q5. Train A and train B start from Mumbai for Lucknow. Train B reaches first at Lucknow and meets train A in between the way, which is 200 km from Lucknow. Find after how much time they will meet second time after first time meeting if both trains continue, their to and fro motion.
(a) 14 hours
(b) 15 hours
(c) 16 hours
(d) 12 hours
(e) 10 hours

Q7. A boat takes 2 hours to travel from point A to B in still water. To find out the speed in upstream, which of the following information is/are required?
I. Distance between point A and B.
II. Time taken to travel downstream from B to A.
III. Speed of the stream of water.
(a) All are required
(b) Any two of the three
(c) Only I and II
(d) Only I and III
(e) Only II and III