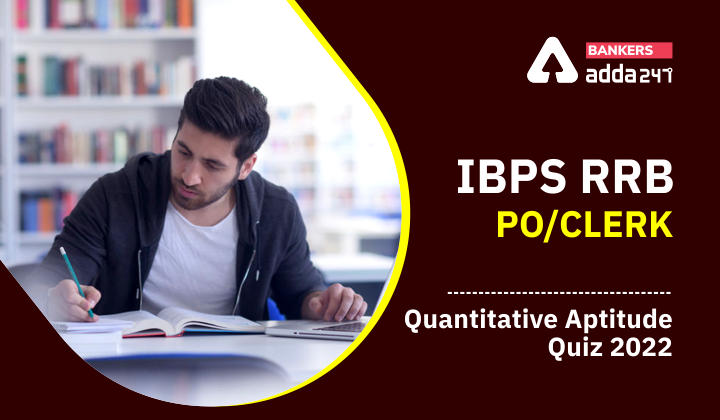 Directions (1-5): The following table shows total populations of five different cities, percent of graduate population and ratio between graduate male to graduate female in these five cities. Study the table carefully and answer the questions given below.

Q5. If total population of city S is increased by

Directions (6-10): The table Shows the number of Mask, sanitizer and medicines sold in five different Cities. Study the following table carefully and answer the given questions given below. 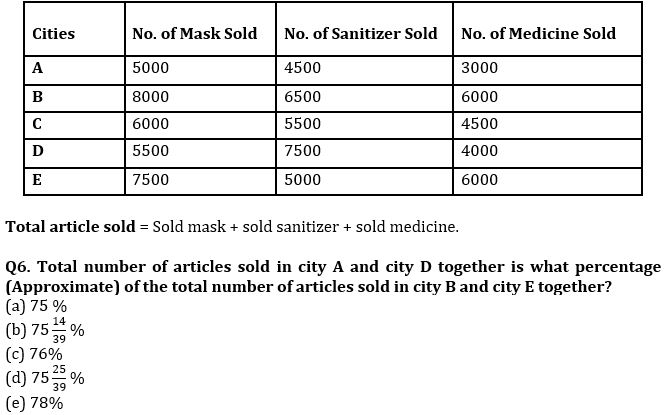 Q11. In which state male graduates who are unemployed are lowest?
(a) Gujrat
(b) Bihar
(c) Haryana
(d) Maharashtra
(e) Uttar Pradesh 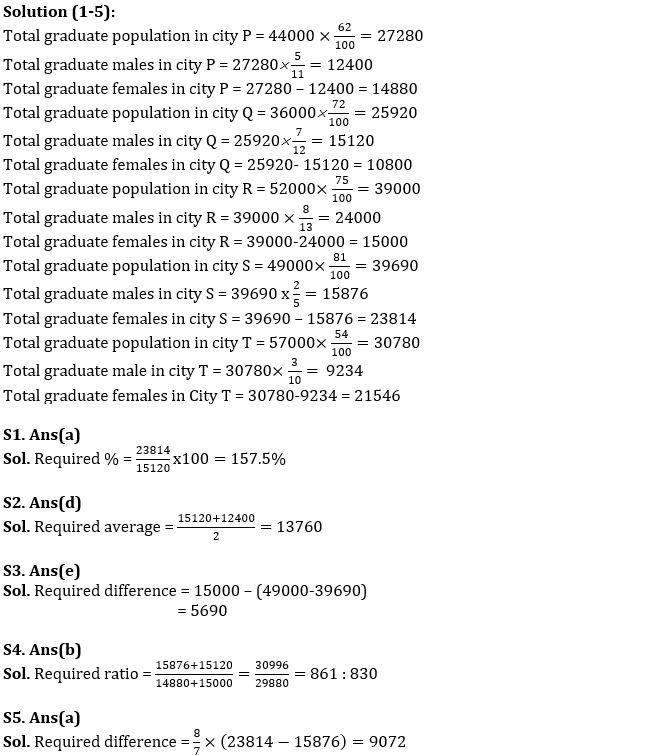 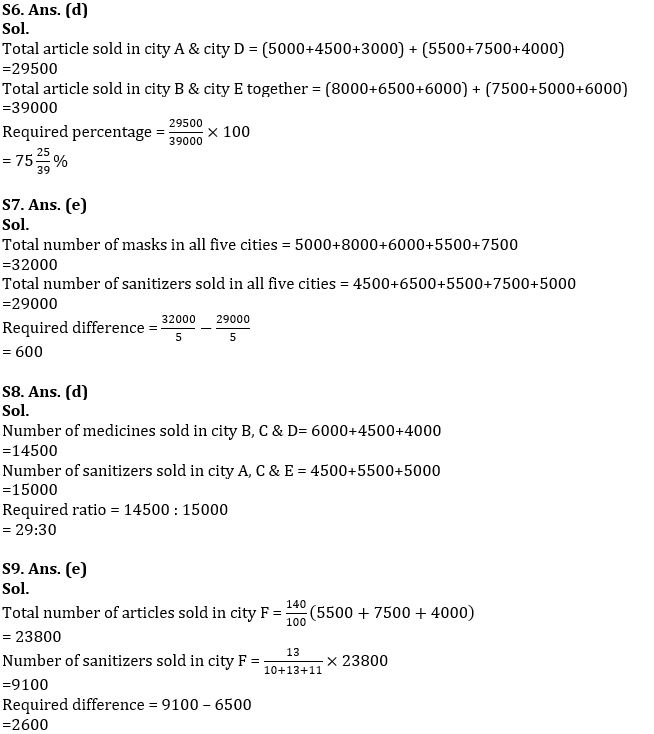 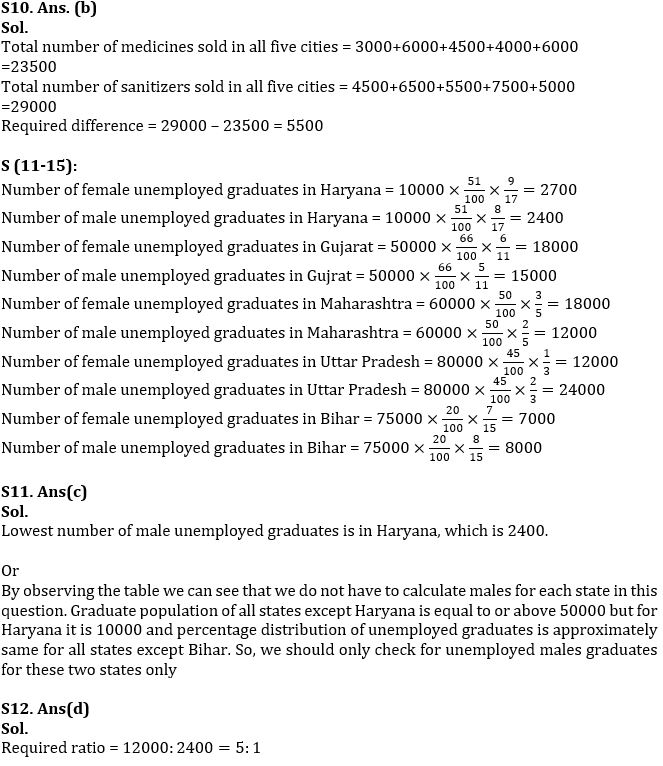