Quantitative Aptitude Quiz for SBI PO/Clerk Mains 2018
Numerical Ability or Quantitative Aptitude Section is getting complex and convoluted every year. The questions asked in this section are calculative and very time-consuming. One needs to fight tooth and nail to get a desirable score in this section. Once dealt with proper strategy, speed, and accuracy, this section can get you the maximum marks in the examination. Following is the Quantitative Aptitude quiz to help you practice with the best of latest pattern questions for SBI PO and SBI Clerk Mains Exam. Not only this, these quizzes will also prove propitious for the upcoming Bank of Baroda Exam. Now, pull up your socks, it’s time for Blood, sweat and tears. This quiz is according to the SBI PO/Clerk Study Mains Preparation Study Plan and with the help of this 25 Days Plan you’ll cover all important topics for Data Interpretation and Analysis section of Mains. 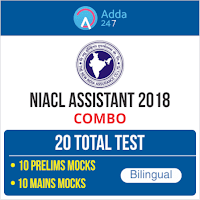 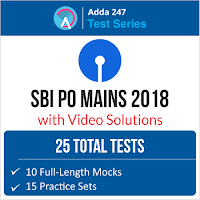