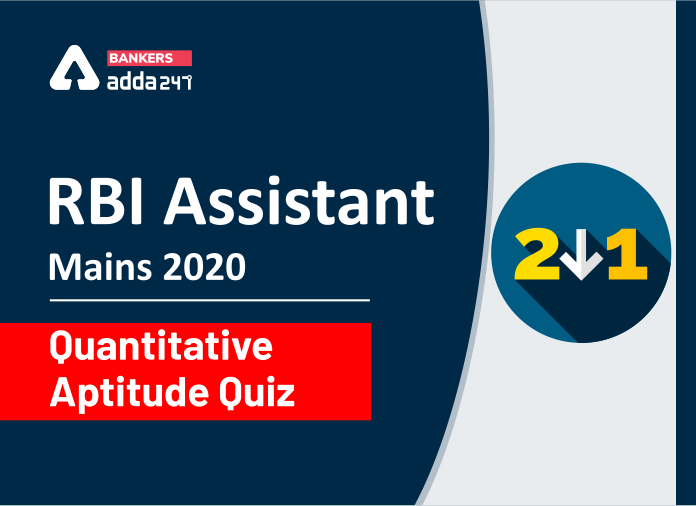 Quantitative Aptitude is one of the scoring sections of the bank examination. If you clear your basics and practice more and more quizzes and also follow a proper study plan, you can easily crack the exam. RBI Assistant Exam is one of the most prestigious exams in the Banking Sector. 29th May 2020 RBI Assistant Mains Quiz Based on- Misc. DI, Word Problem and Quadratic Inequalities.

Directions (1-5): The following pie-chart and table show the percentage distribution of weavers in 5 different countries who claimed suicide due to replacement of handlooms by big machines in year 1870 and ratio of male to female in them respectively. Study the graphs carefully and answer the following questions.

Note: In these charts, some data are missing. If required in any question, find them first and then proceed. 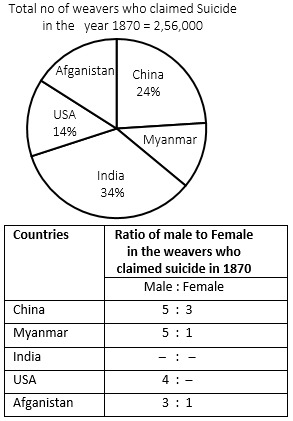 If you are preparing for RBI Assistant Mains Exam, then you can also check out a video for Quantitative Aptitude below: