Skip to content
The Reasoning Section is one of the scoring sections of the bank examination. If you clear your basics and practice more and more quizzes and also follow a proper study plan, you can easily crack the exam. RBI Assistant Exam is one of the most prestigious exams in the Banking Sector. 8th February 2020 Reasoning Quiz Based on- Puzzle, Blood Rela

Directions (1-5): Study the information carefully and answer the questions given below.
Eight persons are sitting in a circular table. Some of them face towards center and some of them face outside the center. X sits second to the right of T. S sits second to the right of X. The person who sits immediate left of T sits opposite to the one who sits second to the left of R. R is not immediate neighbor of S. Z sits opposite to P. Q is not immediate neighbor of P and S. Y face same direction as Q. Y face opposite direction as S. S, P and Z face same direction. Not more than three person face outside the center.

Direction (6-7): Study the following information carefully and answer the questions given below:
Six family members namely B, C, D, F, L and T are living and there are two married couples in the family. F is the father in law of C, who is the father of T. B is the sister in law of L, who is the mother of D.

Q13. Statements: All house is castle
All palace is villa
No castle is palace
Conclusions:
I. No villa is house
II. Some palace are castle

Q14. Statements: All white are winter
Some snow is white
Some winter are freeze
Conclusions:
I. All snow being freeze is a possibility
II. Some white are definitely not freeze.

Q15. Statements: Some blue are green
Some grey is blue
All green are white
Conclusions:
I. All grey can never be white
II. All green are grey is a possibility

Directions (16-20): Study the following information to answer these questions.
Seven persons A, B, C, D, E, F, G are friends who are from different profession viz. Engineer, Doctor, Pilot, Teacher, Manager, Politician and Businessman, not necessarily in the same order. Each one belongs to different states viz. Gujarat, Kerala, Manipur, Delhi, Uttarakhand, Assam and Orissa but not necessarily in the same order.
D is a Pilot and B does not belong to Assam and Manipur. C is from Delhi and he is a Doctor. The person who is a Teacher belongs to Uttarakhand. A, who belongs to Gujarat but does not have profession of Engineer. F who belongs to Kerala is a Businessman. Orissa is the native place of G who is a Manager.

Q18. The one who belongs to Gujarat have which of the following profession?
(a) Manager
(b) Teacher
(c) Engineer
(d) Politician
(e) None of these

Q19. Which of the following combination of person, specialization and city is definitely correct?
(a) D- Pilot-Manipur
(b) D-Pilot-Gujarat
(c) B-Teacher-Uttarakhand
(d) E-Engineer-Manipur
(e) None of these 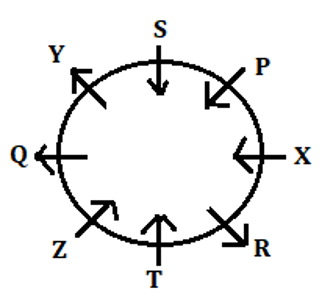 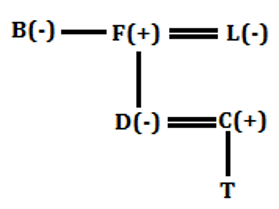 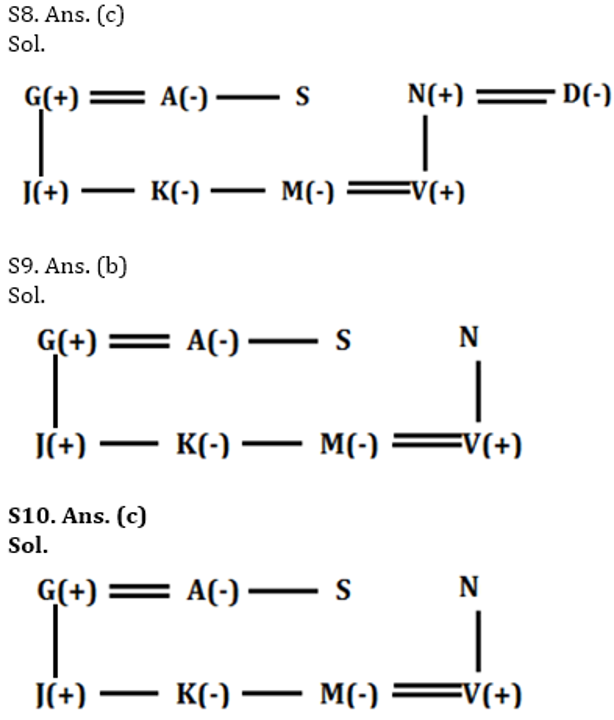 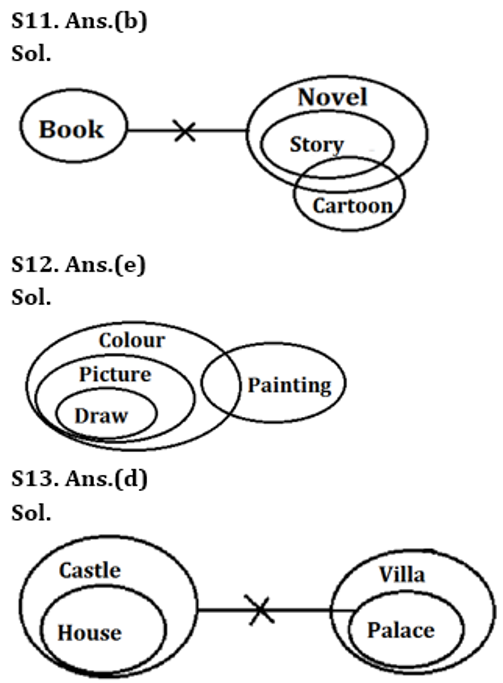 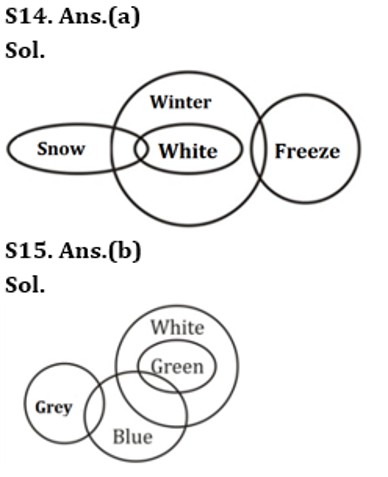 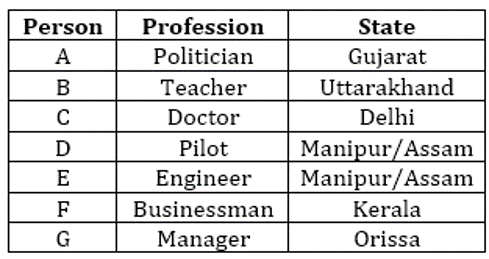