Q2. Box E contains which of the following items?
(a) Food
(b) Flower
(c) Shoes
(d) Stationary
(e) None of these

Q12. Statement : The chairman of the company decided to hold a grand function to celebrate silver jubilee during the next weekend and invited a large number of guests.
Assumptions
I. The company officials may be able to make all the necessary preparations for the silver jubilee celebration.
II. Majority of the guests invited by the chairman may attend the function.

Q13. Statements : The largest computer manufacturing company slashed the prices of most of the desktop models by about 15% with immediate effect.
Assumptions
I. The company may incur heavy losses due to reduction in prices of the desktop.
II. The sales of desktop manufactured by the company increases substantially in the near future.

Q14. How many such pairs of letters are there in the word EXPERIENCED each of which has as many letters between them(both forward and backward directions) in the word as in the English alphabet?
(a) None
(b) One
(c) Two
(d) Three
(e) More than three 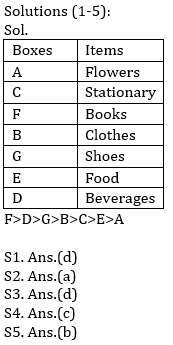 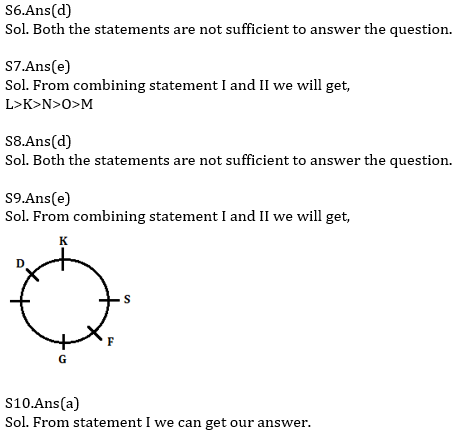 S11. Ans.(a)
Sol. The largest domestic airlines corporation has made the announcement that more number of flights in trunks routes are introduced because it assumes that more number of passengers may travel in trunk routes. So Assumption I is implicit. Assumption II is not implicit because no information is given about other airlines.

S12. Ans.(e)
Sol. Both the assumptions are implicit because the decision to hold a function is taken as company officials may be able to make all the necessary preparations for the silver jubilee celebrations and it can also be assumed that majority of guest invited by the chairman may attend the function.

S13. Ans.(b)
Sol. By decreasing the price of a product, its sale can be increased. So, Assumption II is implicit. Assumption I is not correlated with the statement, so it is not implicit.