Q2. Which of the following colors is liked by the one who sits between F and K when counted from the left of K?
(a) Black
(b) Green
(c) Blue
(d) White
(e) None of these

Q4. Find the correct statement/statements from the following.
I. Two people sit between L and the one who likes White.
II. J and K are immediate neighbors.
III. The one who likes Black sits third to the right of F.
(a) Only I
(b) Both I and III
(c) Both II and III
(d) Only III
(e) All are correct

Q6. How many such pairs of letters are there in the word ‘PATERNALISM’ each of which has as many letters between them in the word as in the English alphabet (Both forward and backward)?
(a) Four
(b)Three
(c) Two
(d) One
(e) None

Q7. How many independent meaningful words can be formed with the given word ‘TRACKSUIT’ if it will be divided into two parts without changing the order of the letters and using each letter only once?
(a) Two
(b) Three
(c) One
(d) Four
(e) None of these

Q9. If it is possible to make only one meaningful English word with the second, the third, the seventh and the eight letter from the left end of the word STEADFAST, which of the following will be the second letter of that word? If no such word can be formed, give ‘X’ as the answer and if more than one such word can be formed, give ‘Y’ as the answer.
(a) E
(b) A
(c) T
(d) Y
(e) None of these

Q10. How many such pairs of letters are there in the word “MICROSOFT” each of which has as many letters between them in the word are in the English alphabet(Both forward and backward)?
(a) None
(b) One
(c) Two
(d) More than three
(e) Three

Directions (11-15): Study the following information carefully and answer the questions accordingly.
A certain number of people sit around a circular table at equidistance from each other and facing the center. There are five people between B and D. A sits third to the left of B. There are three people between E and A. There is at least one person between E and D when counted from either side of E. B and E do not sit immediately next to each other. F sits to the immediate left of A. One person sits between C and B. A and C do not sit adjacent to each other. Not more than fifteen people are sitting around the table. 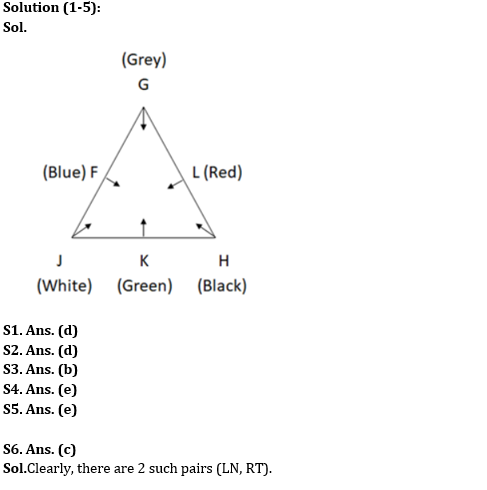 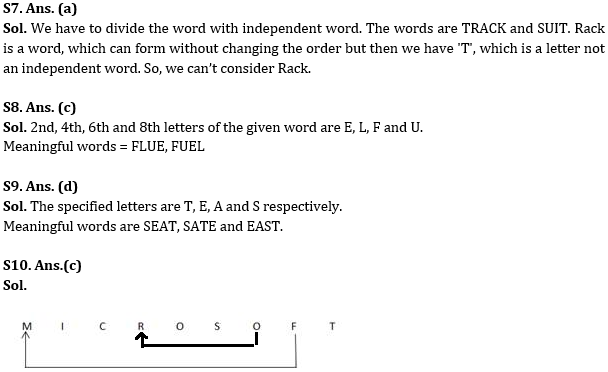 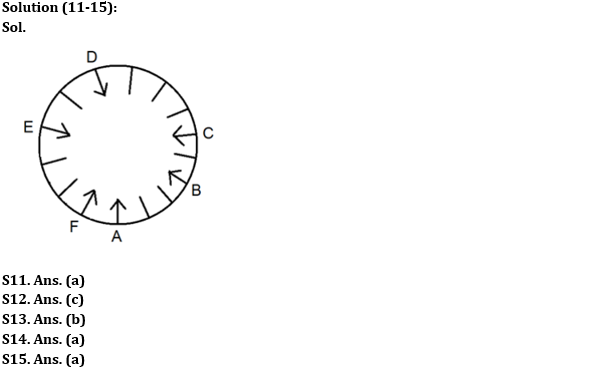