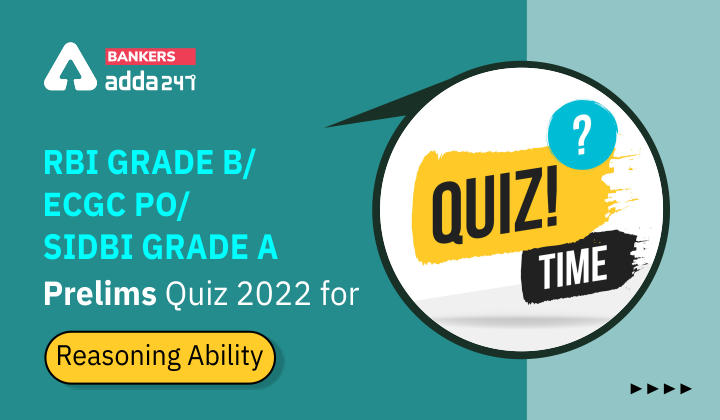 Directions (6-8): Study the following information carefully and answer the questions below
There are eight members A, B, D, E, S, P, Q and F in the family having three generations. There are only two married couple. B is mother in law of P who is wife of Q. S is brother of P and is father of F who is male. D is daughter-in-law of A who is grandfather of F. E is daughter of B.

Q7. If G is daughter of P, then how is B related to G?
(a) Maternal grandfather
(b) Paternal Grandmother
(c) Father-in-law
(d) Mother-in-law
(e) Aunt

Directions (11-15): Study the following information carefully and answer the questions given below.
Eight professor- A, B, C, D, M, N, O, and P are working in three departments Engineering, Medical, and Management of an Institute with at least two of them work in each department and not more than three persons work in same departments. Each of them likes a different sports Golf, Volleyball, Archery, Boxing, Tennis, Rugby, Basketball and Cricket but not necessarily in the same order.
P likes Archery and he works in Management department with only N. B and M do not work in the same department. O likes Boxing and does not work in Medical department. M and C works together but not in engineering department. D works with C in the same department and likes Golf. B likes Basketball and none of his colleagues in the department likes Tennis and Rugby. N likes Volleyball and M does not like Tennis.

Q12. Which of the following sport likes by M?
(a) Cricket
(b) Rugby
(c) Basketball
(d) Volleyball
(e) Tennis

Q13. Four of the following five form a group, which among the following does not belong to that group?
(a) D-Medical
(b) C-Tennis
(c) N-Management
(d) A-Basketball
(e) O-Engineering 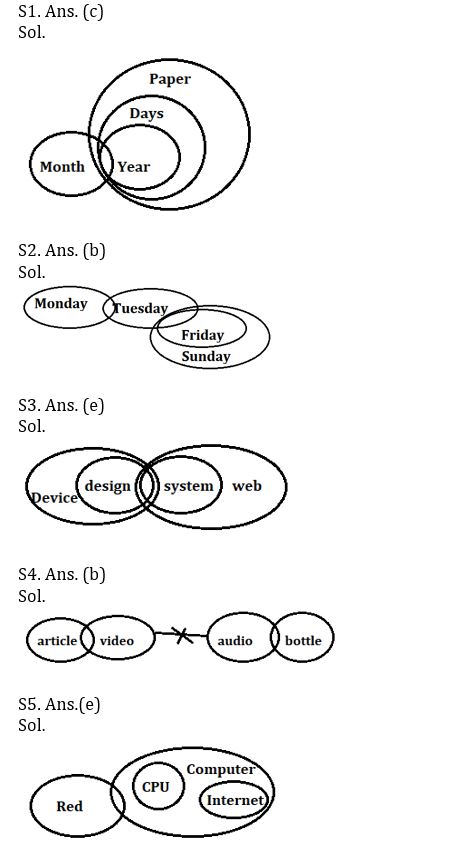 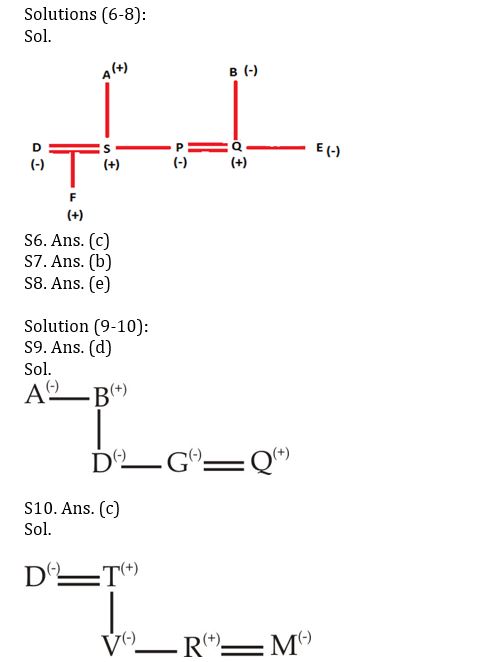 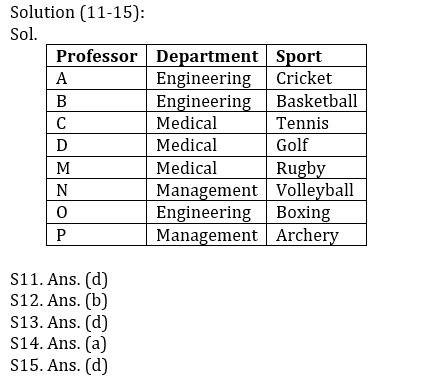