Q1. In a certain code language, if ‘SLUMPING’ is coded as ‘RKVLOJMF’ and ‘EXPECTED’ is coded as ‘FWOFBSFC’, then what is the code for ‘PARTNERS’?
(a) OBQSFMQR
(b) OBQSMFQR
(c) OBSQMFQR
(d) OBQSNFQR
(e) None of these

Q2. How many such pairs of letters are there in the word MAGNIFICENT each of which has as many letters between them in the word as they have in the English alphabet series (both forward and backward)?
(a) Three
(b) Four
(c) One
(d) Two
(e) None of these

Q5. How many such digits are there in the number 92841637 each of which will remain same at their position in the number when they are arranged in descending order from left within the number?
(a) None
(b) One
(c) Two
(d) Three
(e) More than three

Directions (6-10): Study the following information carefully and answer the questions accordingly.
Eight people A, B, C, D, E, F, G, and H sit around a circular table facing the center. E and B are not opposite to each other. Two people sit between C and A. Two people sit between H and F. E and B are not neighbors. B sits third to the right of H. C and D sit opposite to each other.

Q10. Which among the following statement is correct?
(a) A sits third to the left of E
(b) A sits opposite to C
(c) F sits second to the right of B
(d) E and G sit opposite to each other
(e) None is correct

Step VI is the last step of the above input, as the desired arrangement is obtained. As per the rule followed in the above steps, find out in each of the following questions the appropriate step for the given input. 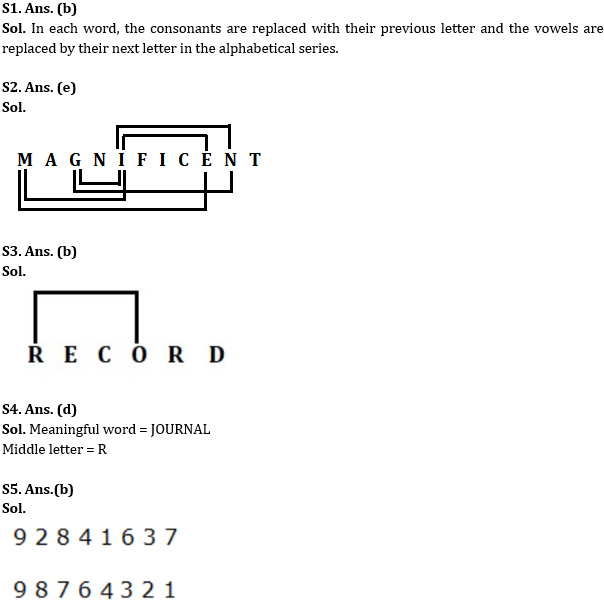 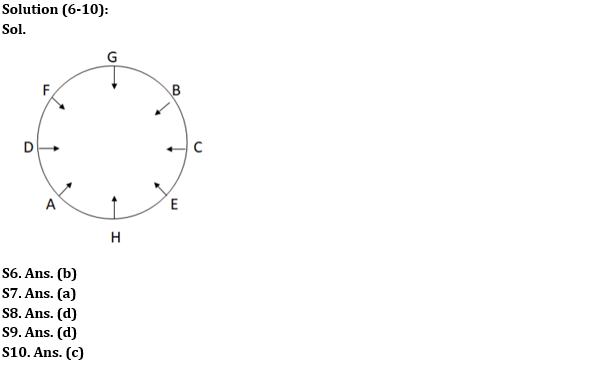 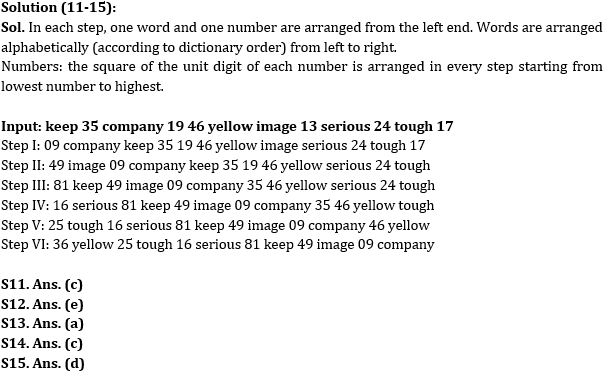