Q3. Which of the following statement is not true about D?
(a) D likes purple colour
(b) the one who likes Blue colour is younger than D
(c) D is older than E
(d) D sits second to the right of F
(e) All are true

Q5. Which of the following colour likes by third oldest person?
(a) Blue
(b) White
(c) Magenta
(d) Pink
(e)None of these 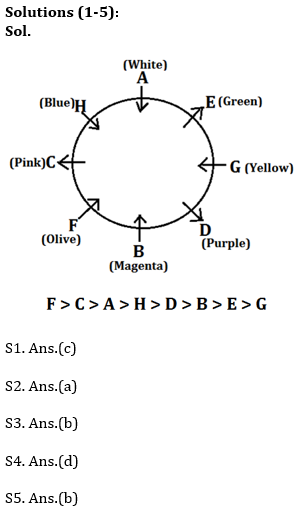