Q2. What is the position of the one who likes Coffee with respect to the one who sits opposite to H?
(a) Immediate left
(b) Second to the left
(c) Immediate right
(d) Both (a) and (e)
(e) Third to the right

Q3. Four of the following five are alike in a certain way based on a group, which among the following does not belong to that group?
(a) G- Toffee
(b) E- Horse
(c) J-Pasta
(d) B-Biscuits
(e) I-Dog

Directions (8-10): In each of the questions below. Some statements are given followed by conclusions/group of conclusions. You have to assume all the statements to be true even if they seem to be at variance from the commonly known facts and then decide which of the given conclusions logically follow from the information given in the statements:

Q9. Statement: Only a few plant is tree. All tree is leaf. Only a few leaf is branch. All branch is flower.
Conclusions
(a) Some flower is tree.
(b) Some plant is leaf.
(c) Some leaf can be flower.
(d) All branch can never be leaf.
(e) All follows. 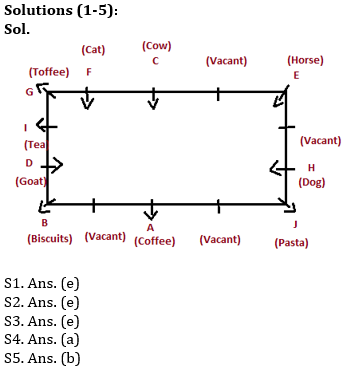 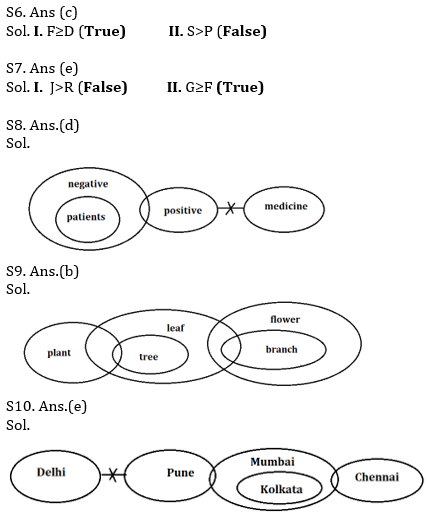