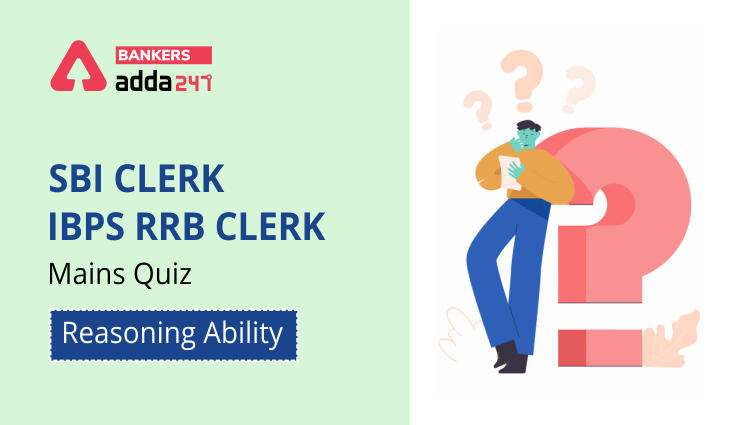 Directions (1-5): Study the following information carefully and answer the questions given below:
Seven persons are sitting in a row facing south. There are three females in the group. Only males sit at the extreme ends of the row. All females sit adjacent to each other. All persons are like three different colours and at least two persons like the same colour. There are three persons between E and G. C is the immediate left of F and immediate right of G. E is the immediate neighbour of A and B. There is only one person between E and F. G likes White with only one person who is not a female. There are two persons between B and G. A likes blue colour only with the person who is at one of the extreme end. D is at the left end of the row. No female is neighbour of A and D. The one who is in the middle of the row has neighbours who like Yellow colour.

Q12. Statement: “If it does not rain throughout this month, most farmers would be in trouble this year.”
Assumptions:
I. Timely rain is essential for farming.
II. Most farmers are generally dependent on rains.

Q15. If all the letters in the word GUIDELINES are arranged in alphabetical order from left to right in such a way that vowels are arranged first followed by consonants, then how many letters are there in between U and S after the arrangement?
(a) two
(b) one
(c) none
(d) three
(e) four 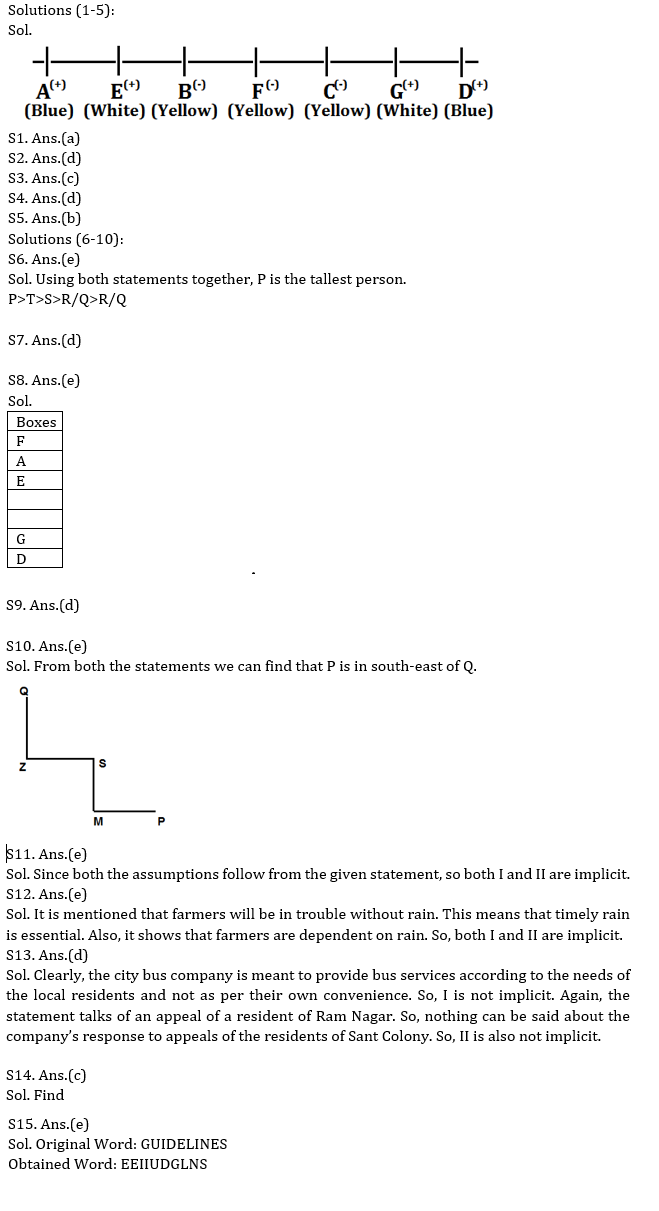