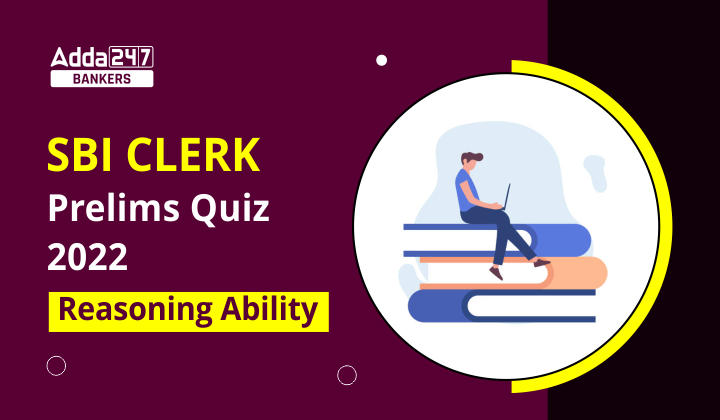 Q4. Four of the following five are alike in a certain way and so form a group. Which of the following does not belong to that group?
(a) Blue – Pineapple
(b) Pink – Grapes
(c) Silver – Papaya
(d) Red – Mango
(e) Orange – Apple

Directions (6-10): In the given questions, assuming the given statements to be true, find which of the given four conclusions numbered I, II, III and IV is/are definitely true and give you answer accordingly. 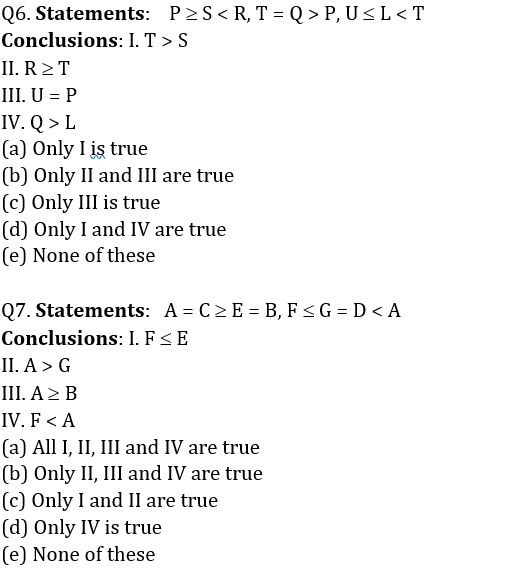 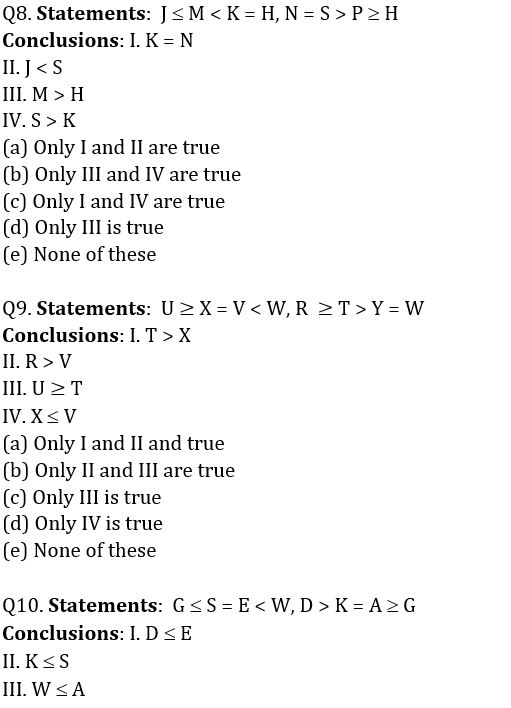 Directions (11-15): A word and number arrangement machine when given an input line of words and numbers rearranges them following a particular rule in each step. The following is an illustration of input and arrangement.

As per rules followed in the above steps, find out in each of the following questions, the appropriate step for the given input. 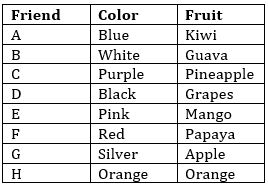 Solutions (11-15):
Sol. In this input output question, the machine rearranges one number and one word in each alternative step from left to right.
First, it rearranges numbers in ascending order, then.
Words are arranged in reverse alphabetical order according to the first letter.