Directions (1-3): Read the following information carefully and answer the questions given below.
A three-generation family consists of ten members i.e., N, O, X, P, R, Z, M, S, Q, and T. S is the mother of P’s father. Z who is not married to T is the maternal uncle of R. Q’s mother-in-law is the daughter-in-law of N. R who is the only sibling of P is married to Q. T does not belong to the generation of M. X is one of the male members of the family. O is not the parent of N’s daughter-in-law. N has at least one granddaughter. Husband of T is the son-in-law of O.

Q2. What is the relation of O with respect to P?
(a) Father-in-law
(b) Father
(c) Either Father-in-law or Mother-in-law
(d) Either Uncle or aunt
(e) Either Brother or sister

Directions (6-8): Study the information carefully and answer the questions accordingly.
There are eight members in a family with three married couples. N is the nephew of C. S is the sister-inlaw of N. T is the wife of F and the daughter of L. Q is the father of V and N. Q has a sister. F is the brother-in-law of V. 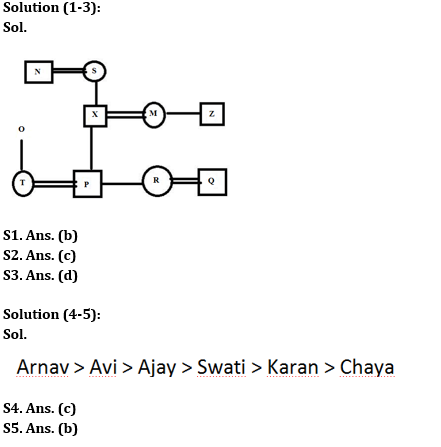 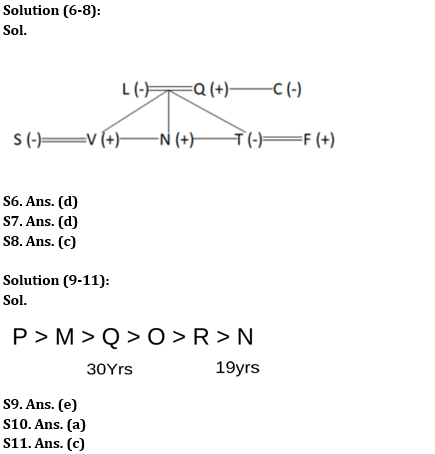 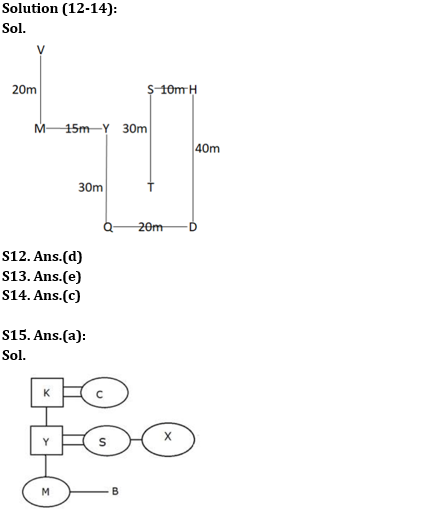