Q13. Five persons viz. A, B, C, D and E have different weights. A is heavier than at least two persons. D is heavier than B. Only C and E are lighter than B. Who among them is the second heaviest?
(a) A
(b) D
(c) B
(d) Cannot be determined
(e) None of these

Q14. In a row of ticket distribution, Arpit stands 11th from starting of the row and Monu is 7th from the end of the row. If there are 5 people standing in between Arpit and Monu then find out how many tickets sold by the vendor (provided each person purchased only one ticket)?
(a) 21
(b) 24
(c) 22
(d) 23
(e) None of these 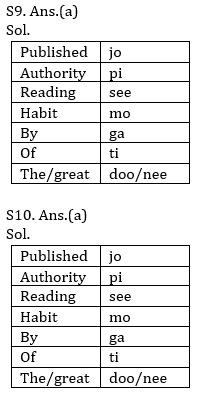 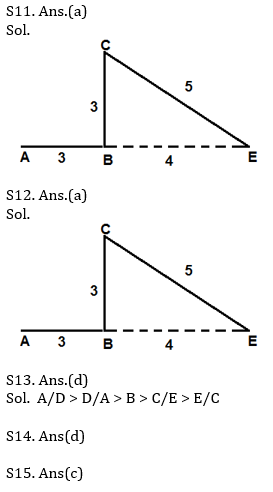