Reasoning Ability is a crafty section. It eventually affects the number of question one can usually attempt. But this section is based on logic and rules can be aced if practised well enough. The only way to achieve this ambitious goal is by practising continuously with dedication. So to prepare you with best tools for the finals, here is today’s Reasoning Quiz based on the study plan and the exact same pattern of questions that are expected to be asked in SBI PO Mains.

Directions (1-5): Study the information and answer the given questions:

Six members A, B, C, D, E and F of a family sitting around a triangular table in such a way three persons are sitting three sides of table facing inside while three persons are sitting three corners facing outside. There are three generation and two married couple in this family. Each person has different age. Oldest person of the family sits second to the left of F who is mother of E. C sits second to the right of his mother whose age is square of an even number. E sits second to the left of his wife. A is grand father of B. E is four years older than his wife. F is 6 times older than B. E has no sibling. Oldest person is 65years old. E is not an immediate neighbour of C’s grandmother. F is 5years younger than her husband. B is 4 years older than her brother. The one whose age is an odd number does not face inside.

Q1. Who among the following is mother of C?

E
F
B
D
None of these
Solution: 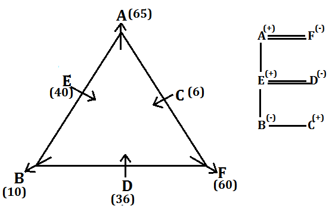 36years
60years
45years
58years
None of these
Solution:

Q3. How B’s mother related to the E’ father?

Sister in law
Daughter
Daughter in law
Wife
None of these
Solution:

Q4. What is the age difference between C’s grandfather and D?

20years
10years
30years
29years
None of these
Solution:

Q5. Which of the following is true about F?

D is husband of F
B is granddaughter of F
F is 50years old
C is son of F
None is true
Solution:

Note: The directions which are given indicates exact directions.

P£QS- P is the mid-point of QS vertically.

Q6. What is the shortest distance and direction of point Z with respect to Point W? 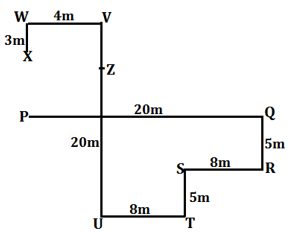 Q7. What is the direction of P with respect to S?

Q8. What is the direction of point Q with respect to U?

Directions (9-11): Study the following information carefully and answer the given questions:

Q9. What is the code for ‘Eventually’?

Q10. What is the code for ‘Enough Appreciation’?

M is mother of T
R is brother of S
S is uncle of T
R is husband of M
All are true
Solution:

Q14. Which of the following expression shows ‘F is aunt of H’? 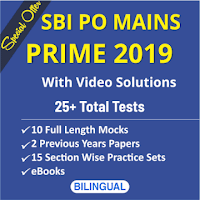