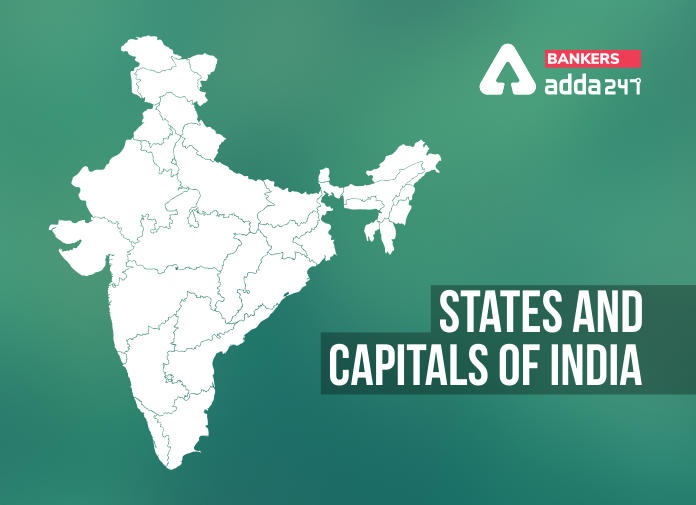 States and Capitals of India 2021: India is a vast country known to be the seventh largest country in the world. It is famous for its culture and states. The country lies in the southern Asia, and hence the second populated country in the world. India is unique by its unity in diversity, and has accommodated many cultures, religions and languages. There are total 28 States and 8 Union Territories at present in India. The Governor of states are the head of executive. Each State is ruled by the Chief Ministers. Today, in this article, we are going to discuss about the States and Capitals of India.

States and Capitals Of India

What is a State?

How many states in India?

India is a federal constitutional republic, governed by the parliamentary system and is known as the world’s most populous democracy. Earlier there were 28 states and 8 Union Territories but the Government Of India revoked article 370 in Jammu and Kashmir and declared it as a union territory along with Ladakh. After the implementation of the decision, currently, there are 28 states and 8 Union Territories as Daman & Diu is merged with Dadar and Nagar Haveli. Below we have discussed the detailed information about the lists of States and Capitals of India.

As mentioned above, currently there are 28 States and 8 Union Territories are there in India, so we are providing the detailed information about the states of India with its foundation date and capitals in the table mentioned below.

States of India and their Capitals

What is a Union Territory?

Delhi, Puducherry, and Jammu & Kashmir do not operate in the same manner as the other five Union Territories of India since they have partial statehood status and have their own elected legislative assemblies

India is mainly located in South Asia and is officially known as the Republic of India. It comprises a total area of 3,287,263 sq. km and has an estimated population of 135.26 crores (2019) which makes it the world’s second-most populous country.
India is a federal constitutional republic and is known as the world’s most populous democracy. It is governed by the parliamentary system. Earlier there were 28 states and 8 Union Territories but the Government Of India revoked article 370 in Jammu and Kashmir and declared it as a union territory along with Ladakh. After the implementation of the decision, currently, there are 28 states and 8 Union Territories as Daman & Diu is merged with Dadar and Nagar Haveli.

Each state and union territory has an administrative, legislative, and judicial capital of its own. (The Union territories of Jammu & Kashmir and Ladakh have a common high court as per the new guidelines)

Given Below is a brief difference between the different kinds of capitals.

All the states along with two union territories, Pondicherry and the National Capital Territory of Delhi, have an elected form of government and legislatures. They are headed by their elected Chief Minister, who is elected for a term of five years. The Central government directly rules all the other union territories and has a representative in each UT known as the governor. Under the States Reorganization Act of 1956, the states were reorganized based on the language which is used there.

New Delhi is the capital of India. The foundation stone of New Delhi was laid by Emperor George V during the Delhi Durbar of 1911. British architects Sir Edwin Lutyens and Sir Herbert Baker designed it. Finally, Viceroy and Governor-General of India Lord Irwin inaugurated it on 13 February 1931.

Mumbai is known as the financial, commercial, and entertainment capital of India because it accounts for 25% of industrial output, 5% of India’s GDP, and also 70% of the capital transactions in the Indian economy and has financial institutions of national importance such as the Reserve Bank of India, the Bombay Stock Exchange Market, and the corporate headquarters of many Indian companies.

As per an article in Times Of India, Mumbai has ceded its position as the financial capital of India based on data released by oxford economics and the center is shifting to Gurugram and Delhi.

Difference Between State And Union Territories

The below table highlights the detailed information about difference between the State and Union Territories of India.

States and Capitals of India: Articles in the Constitution

Under Part 1 of the constitution, Articles 1 to 4  describe India and its territories.

In India, every state has its different language, and our country is also well known because of its culture, languages and religion. The table below shows the language of each states.

Delhi, Puducherry, J& K are different from other Union Territories

FAQ: States and Capitals of India

Ans. Currently, there are 28 states in India.

Q2. How many union territories are there in India?

Ans. There is a total of 8 Union territories in India.

Q3. What is the capital of India?

Ans. New Delhi is the capital of India.

Q4. Which Union territories were merged in January 2020?

Ans. Daman and Diu were merged in January 2020.

Q5. Which state has been bifurcated to make union territory?

Q6. What is the Financial Capital Of India?

Ans. Mumbai is the Financial capital of India.

Q7. Who is considered the head of Union Territory?

Ans. Lieutenant Governor is considered as the head of Union Territory.