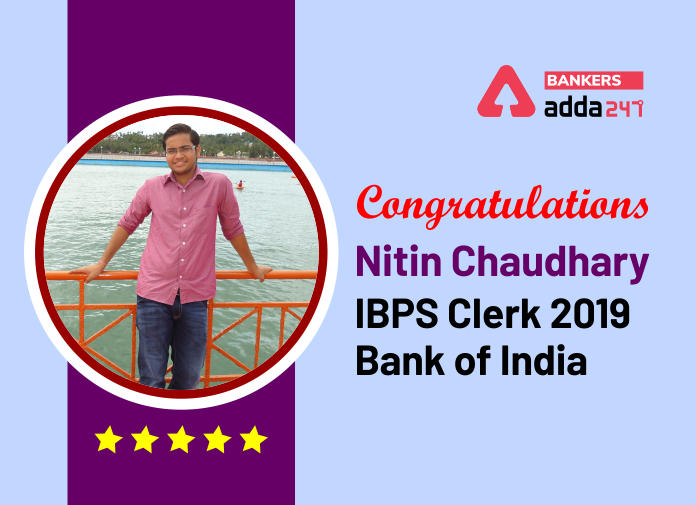 My name is NITIN CHAUDHARY from DELHI,  I have done graduation in B.Sc(Programme) in the year 2015. Right after Graduation, I started preparing for the exams. My Journey has been so long to get a JOB. I have seen so many failures. Now I can say, “After all the biggest failures, finally I got success” selected in BANK OF INDIA as Clerk

Exams in which I appeared in my whole Journey:-

Quantitative Aptitude:- I did not found any difficulty in cracking this paper. But academics and Competitive exams are way different. To overcome this I solved 15-20 questions of each topic from online platforms like Adda247 besides attempted mock tests daily to gain speed and accuracy.

Reasoning Ability- Handle it with EASE

English Language:– My English was Weak. The only mantra I followed for this paper is “Read, Read, Read”. I was always relied on the reading newspaper at starting I used to read THE HINDU (6-8 months).

Believe in yourself. Do not lose hope at any time while preparing for competitive exams. Rigorous practice and identifying a strong-weak area will help. Practice Mocks as much as you can. ADDA247 mocks help me out to get selected.

Give a boost to your career in Banking, Prepare for JAIIB Exams-