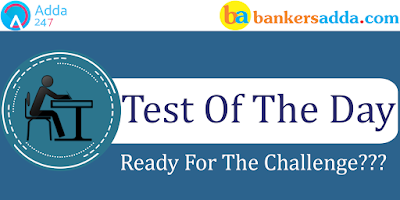 We are providing you with the test of the day which will help you in upcoming exams like IBPS PO Mains etc. From this, you can practice questions with the timer that will help you to improve speed. IBPS PO is one of the biggest opportunity for you guys to grab on, set you own mark and proceed with full confidence. All the very best for your preparations and All the future exams.

Q1. The first ever ASEAN-India music festival organized by the Ministry of External Affairs has concluded recently in- _____________.

Bhubaneswar
Chennai
New Delhi
Kolkata
Chandigarh
Solution:
The first ever ASEAN-India music festival began at Purana Quila in New Delhi. The 3-day festival has organised by the Ministry of External Affairs, Government of India in collaboration with Culture Ministry to celebrate the 25th year anniversary of ASEAN-India Dialogue Relations.

Q2. Name the lender that has recently entered into an MoU with Hindustan Petroleum Corporation Ltd (HPCL) for enabling all HPCL retail outlets with BHIM/UPI merchant solutions.

Q3. Under which program, MoU was signed by Uttar Pradesh, Arunachal Pradesh and Meghalaya to boost cultural ties?

Ping
Seog
Neo
Jong
Meen
Solution:
HDFC Life Insurance Company has launched 'Neo', a servicing bot for Twitter that uses artificial intelligence for customer service. This is the second bot put in operation by HDFC Life, after the launch of SPOK, which was an email bot to answer customer queries.

Directions (6-8): Read the following passage carefully and answer the questions given below.
The government's version of the Lokpal Bill says that sitting prime ministers will not come under the ombudsman's lens. Now, the Lokpal will have jurisdiction over ministries, but not the prime minister. It's a mistake. He is the head of the Cabinet and the first among equals; as liable to scrutiny as his peers. Ministries and various departments are the functioning arms of the government, which enforce rules. The root of corruption lies in how these rules and policies are administered.


Q6. Which of the following is the conclusion of the above discussion?

Q7. Which of the following is the assumption of the above discussion?

Q8. Which of the following is an inference of the above passage?

There are fundamental flaws in how policies and rules are administered any ministries and departments.
Ministries and departments are incapable of enforcing rules and policies properly in lack of support from ministers.
Scrutiny of ombudsman is not a necessary factor for controlling corruption.
Only sitting prime ministers are accused of corruption charges.
None of these
Solution:
This statement gives the inference which comes from this passage.

Q9. Read the following passage carefully and answer the question given below.
Though focused on inflation, the RBI’s monetary policy can never ignore economic growth. The RBI has recognized the signs of slowdown but says that it is essentially confined to sectors that are sensitive to interest rates. There is no evidence yet of a broad-based slowdown.


Which of the following weakens the above discussion?

Hike in short-term lending and borrowing rates contain inflation and control price rise.
Measures to control inflation hurt investment across all sectors.
The costly auto, home and corporate loans do not have overall impact on the economy.
The stock markets, bankers and corporate leaders do not represent overall economy of the country.
None of these
Solution:
Measures to control inflation hurt investment clearly oppose the passage. So it weakens the above discussion.

Q10. Read the following passage carefully and answer the question given below.
It is a major contradiction in India’s healthcare service: even as there has been a mushrooming of huge, well equipped, multi-discipline hospitals in big cities serving the rich, thousands of rural India’s poor patients have to go without a semblance of medical care.


Which of the following in an assumption of the above passage?

Rural India lacks sufficient trained medical personnel to take care of poor patients.
Rural poor bear the brunt of government apathy towards their health even as rich among them avail superior healthcare facilities in nearby cities.
The government wants the rural people to opt for city-based specialty hospitals in case of serious illness.
The rural poor are themselves to blame for poor medical facilities as they go for indigenous medical systems.
None of these

Q11. Two guns were fired form the same place at an interval of 10 minutes and 30 seconds, but a person in the train approaching the place hears the second shot 10 minutes after the first. The speed of the train (in km/hr), supposing that speed of sound travels at 330 metres per second, is

Then, find the area of the square that is not covered by the coins

Q14. Ram and Shyam appear for an interview for two vacancies in an organization for the same post. The probabilities of their selection are 1/6 and 2/5 respectively. What is the probability that at least one of them will be selected?

Q15. Three groups of children contain 3 girls and 1 boy, 2 girls and 2 boys and 1 girl and 3 boys respectively. One child is selected at random from each group. The probability that the three selected consists of 1 girl and 2 boys is

Directions (16-20) Please select the most appropriate option, out of the five options given for each of the following sentences, which, in your view, should be grammatically and structurally correct. Please note that the meaning & context of the sentence must not change. 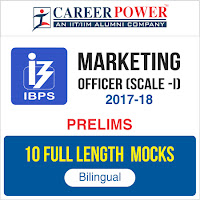 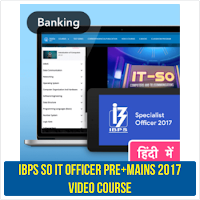