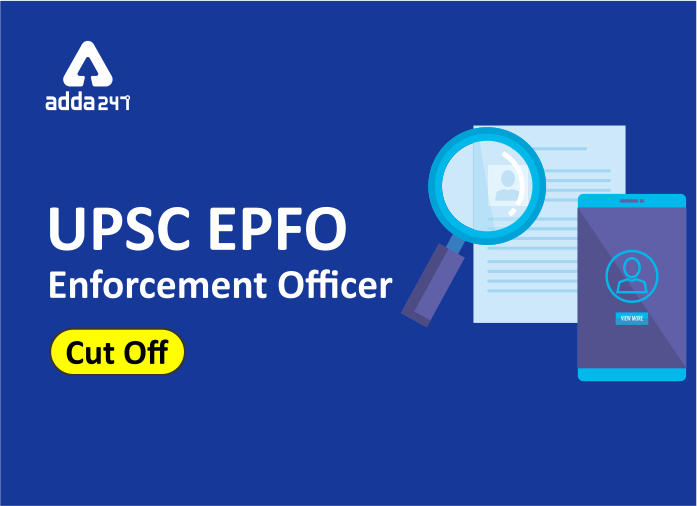 UPSC EPFO Cut Off 2021 Expected: The Union Public Service Commission has conducted the online examination on 5th September 2021 for the recruitment of 421 candidates for the various posts of Enforcement Officer/ Accounts Officer, Employees Provident Fund Organisation, Ministry of Labour, and Employment. Candidates who have appeared in the UPSC EPFO exam 2021 must be curious to know the expected cut-off of the examination. The UPSC EPFO expected cut-off is based on the difficulty level of the exam and good attempts. To provide you an overview of the cut-off, Students must check UPSC EPFO Expected Cut-off 2021 and previous years’ cut-off provided in the article below.

UPSC EPFO Enforcement Officer written exam was conducted on 5th September 2021. The UPSC EPFO marks of the Recruitment Test will be considered to shortlist candidates to qualify for the Interview Round. Below the tabular chart, candidates must check the category-wise UPSC EPFO Expected Cut-Off 2021 for UPSC EPFO 2021 Written Examination:

Note: There was no recruitment in the year 2018.

Talking about the cut-off for the recruitment test and interview round there has been maximum variation in the marks. Although Interview cut off for both the year remained the same i.e 50 marks for the Unreserved Category.

UPSC has also released the data on how many students fill the application form and how many vacancies were there in the year 2016 and 2017. Check the data below.

You can also download the UPSC EPFO previous year cut off from the link given below. Check the number of students appeared, vacancies released and the final merit list for the year 2016 and 2017

Following factors are the main reasons which are considered to prepare UPSC EPFO Cut Off for the written test and interview round:

Ans. UPSC EPFO expected cut-off, marks have been mentioned above in this article.

Q. Is there any sectional cut-off for the UPSC EPFO examination?