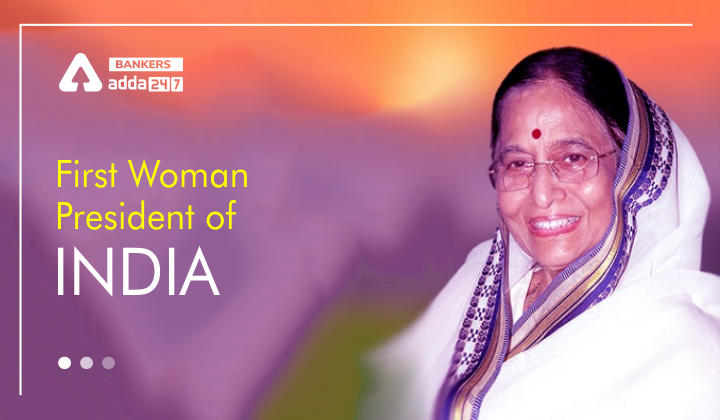 Who Was The First Woman President Of India?: Pratibha Patil is an Indian politician and lawyer, who was the first woman to serve as president of India from 2007-2012. Prior to the election as the president of India, Smt. Pratibha Devisingh Patil was the governor of Rajasthan from 8th November 2004 to 21st June 2007. She served the office from 25th July 2007 to 25th July 2012. Pratibha Patil was born on 19th December 1934 in Nadgaon village of Jalgaon Maharashtra. Today in this article, we will be going to discuss everything about the first women president of India.

Pratibha Devising Patil was the 12th president of India. She was the first woman and the first Maharashtrian to hold this post. She is a member of the Indian National Congress, was nominated by the ruling United Progressive Alliance and Pratibha Patil represented the Edlabad constituency in Jalgaon district as a member of the Maharashtra Legislative Assembly before becoming deputy chairperson of the Rajya Sabha. She was a Member of Parliament for Amravati in the Lok Sabha. She completed her initial education in a Jalgaon school and later obtained a Master’s degree in Political Science and Economics from Mooljee Jetha College in Jalgaon. She also has a Bachelor of Law degree from the Government Law College, Mumbai. While in college, Even after she became an MLA, she pursued her studies as a law student.

Who Was The First Woman President Of India? in Hindi

Droupadi Murmu has been elected as the 15th President of India. Murmu, a BJP leader, was NDA’s candidate for the presidential election 2022 and had a clear edge over her political opponent Yashwant Sinha. She is the second female president after Pratibha Patil and the first one ever from a tribal community to hold the top constitutional post in the country. Born on 20th June 1958 in Odisha’s Rairangpur, She was also the first woman governor of Jharkhand from 2015 to 2021.

Candidates can check the complete president of India list in the given table below.

FAQs: Who Was The First Woman President Of India?