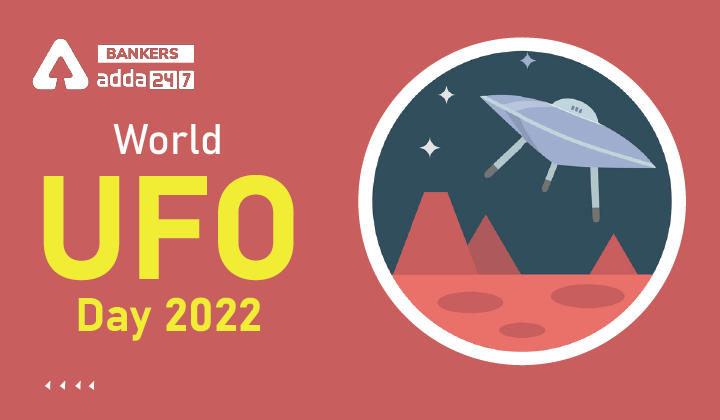 Kenneth Arnold, an Aviator, a Businessman and a Politician first declared to have seen a UFO in the United States on June 24,1947. Kenneth Arnold said that he saw a string of nine, shiny unidentified flying objects which seemed to be like a flying saucer flying past Mount Rainier. He also said that the objects would be flying at a speed of 1200 miles/hour. On July 2, 1947 Rosewell Incident occurred in New Mexico. William Brazel, owner of a ranch found debris were fallen widespread around his pasture and people believed that a UFO has crashed and these scattered debris are of that Unidentified Flying Object only. World UFO Day was first celebrated in 2001 by Haktan Akdogan, a UFO Researcher.

World UFO Day is celebrated to raise awareness among the people about the existence of Unidentified Flying Objects(UFO). On World UFO Day people are made to believe that heavenly being subsist and they reside in the outer space. There are no proper evidence of the UFOs but people imagine and spread their thoughts on World UFO Day. To look at the UFOs people use Telescopes, Binoculars, Communicators, Citizens Band Radio(CB Radio), Transmitters and Microscopes.

On the eve of World UFO Day people spread knowledge about the UFO among the young generation and they get attracted by listening to the talks about the aliens. In San Diego People found some peculiar lights in the sky and they believed it to be the Unidentified Flying Objects but later the Police Department of San Diego announced that the lights were not the UFOs but they were the dazzles used for military exercises.